Cats are adorable, but their by products, namely pee-pee and poo-poo, are not. Traditional litter leaves a musky stench that engulfs the whole living space and it also require you to get down and dirty to clean them. I bet many cat owners must be wishing their feline friends are like Jinxy who knew how to use the toilet and flush after it is done with it is done dropping the load. Well, as it turns out, Jinxy behavior is not at all impossible – if you have Catolet (sounds like ‘cat toilet). Catolet is an automatic litter box designed with cats and small dogs. It uses no messy filler, instead it uses water and connects to your bathroom’s sewage system – just like human’s toilet. 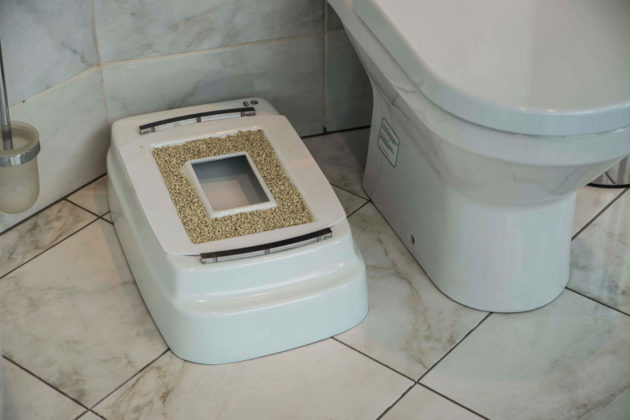 As you can imagine, Catolet does required some setup to get it hook up to the existing sewage system in order for it to work. Inside this rather unassuming litter box is a smart porous conveyor belt system that allows pet’s pee to pass straight through and in the case of solid waste, it will be conveyed into the main basin. Built-in motion sensors in the Catolet senses if kitty has done dropping the load and if all’s clear, it triggers the conveyor to transfer the waste into a shredder (yes, shredded!) before delivering it into the sewer system. The belt than returns to where it started, lock and ready for the next load, but not before it being scrub clean, so you can be sure no smell will linger. 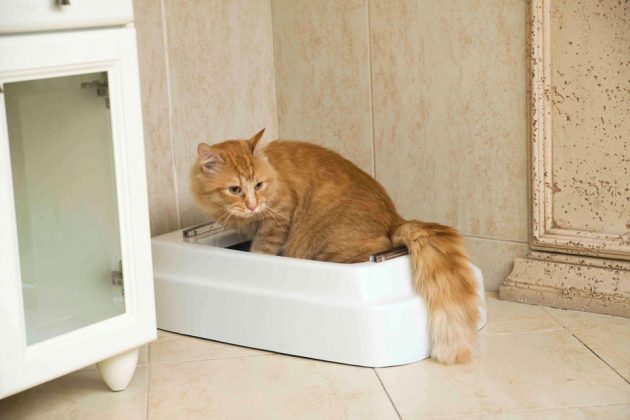 Then again, it will be in the bathroom anyways, so I guess, a little smell, be it from human’s or cat’s waste, is to be expected. Is it not? There is even leakage sensor built into it, so you’d know (via a mobile app) if the unexpected strikes. If you know what I mean. I will be honest. I am skeptical. Not that it will not work. You see, it appears that the include kit requires it to be plugged into the existing toilet’s piping and it is a straight pipe, and therefore, it is without a S or P trap, which means ‘aroma’ from the sewer may backed into the tray and get out into the atmosphere. Just saying…

Catolet has recently hit up Kickstarter where you can pre-order a unit for $159 and more. As with any Kickstarter campaign, whether or not you will receive this cat-version of human’s toilet is dependent on the outcome of the funding. Continue reading to catch the product pitch video. 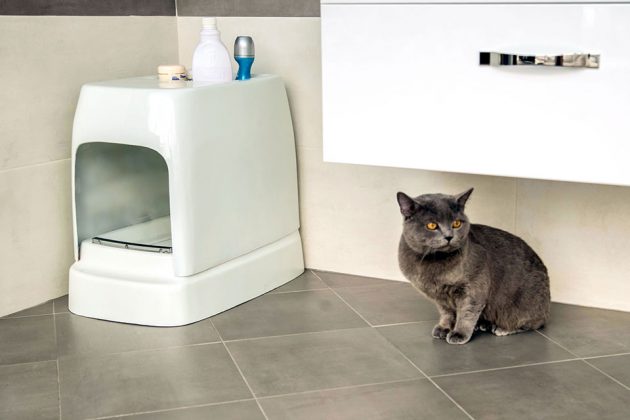 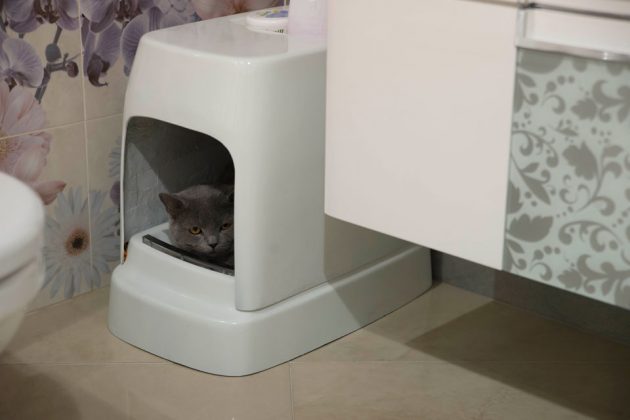 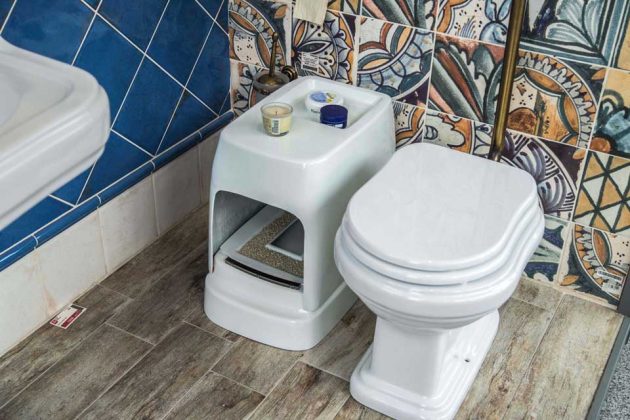