If you really ponder about it, soft drink is something that’s rather undesirable. I mean, they are sweet – often too sweet for our good, really – which is bound to invite some serious health implications in long run and on the other hand, popular soft drink giant uses way too many PET bottles which are made from fossil fuels and other non-renewable materials, which obviously is not a good thing for our environment at its current state. Soft drink giant Coca-Cola have been tackling the health issue with ‘healthier options’ like Coke Light and Coke Zero for years now, and now, it wants to address the non-renewable resource-sucking plastic bottles issue with the world’s first PET plastic bottle made entirely from materials derived from plants. 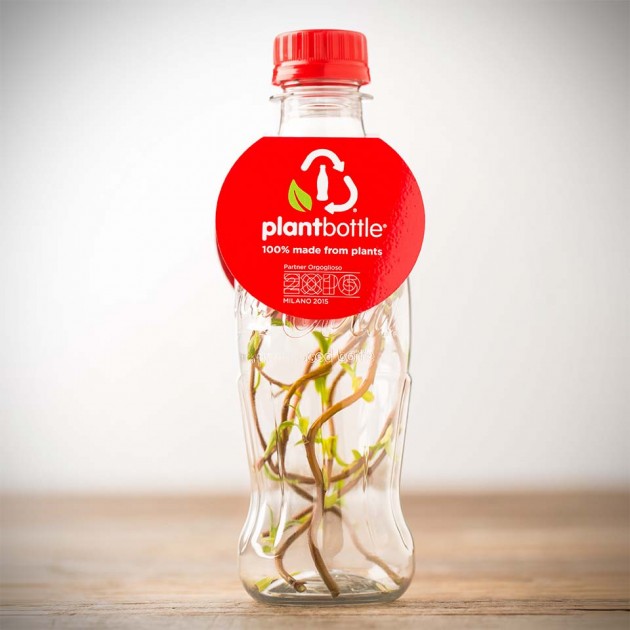 Aptly dubbed PlantBottle, this new-age plastic bottle are fully recyclable like its traditional counterpart and, as its name implies, are made from renewable plant materials. It uses patented technology that converts natural sugars found in plants into the ingredients for making PET plastic bottles and in this instance, the Atlanta-based soft drink juggernaut uses sugarcane and waste from the sugarcane making process to create PlantBottle packaging. PlantBottle looks and feels the same as the traditional PET bottle and can be made in various sizes to be used across a broad range of drinks, including sparkling, juice and tea beverage.

In fact, Coca-Cola has been using such plant-based PET bottles since 2009, when it was first launch, but that version is made from up to 30 percent plant-based material. This latest iteration is, as mentioned, is made from 100 percent from materials derived from plants. Plantbottle PET bottle was officially unveiled at the World Expo in Milan last week, though it is not known when this 100 percent plant-based bottle will be rolling out of the company’s production line.