If you often find yourself pausing a song before it begins for the purpose of searching the lyrics online so you could sing along or learn the words, well then, a Japanese audio company has good news for you. COTODAMA has invented a new kind of audio speaker that not only immerse you with engineered audio but also visually with lyrics, displayed right on the speaker’s 22-inch clear Transmissive Liquid Crystal Display. Aptly called Lyric Speaker, the display covers the entire front of the speaker that present listeners with lyrics of the song as it is being played. 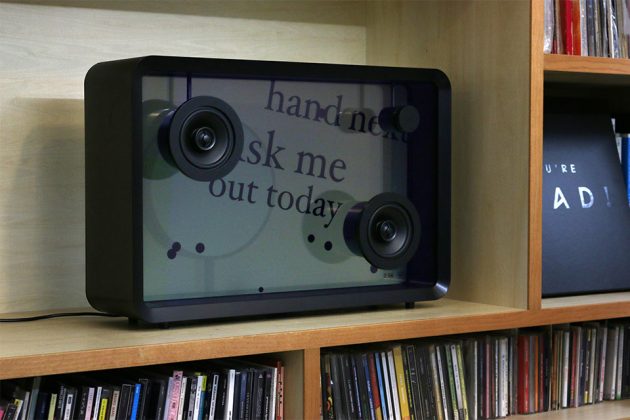 But make no mistake here. This is not just some simple scrolling text display; it is a graphical representation of the lyrics designed by motion graphic designers who have collaborated with famous Japanese musicians to result in what we would call ‘emotive’ lyrics. What this means is, the graphical lyrics displayed is dependent on the ‘mood’ of the song. For example, if a ballad is playing, the fonts and the movements of the lyrics will be one that is ‘soft’ while energetic tunes like a rock song will have strong and powerful lyrical graphics. 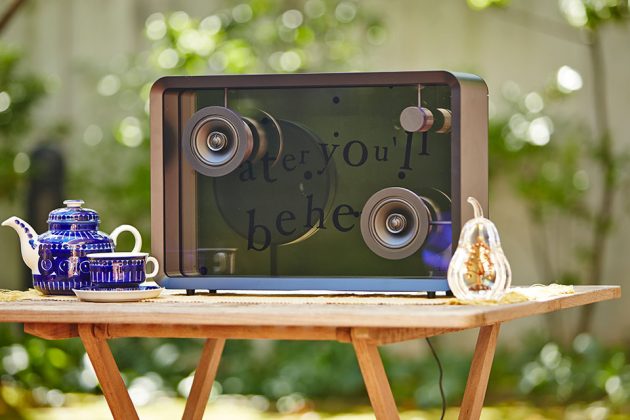 To achieve the ‘emotive’ presentation of lyrics, COTODAMA leverages on a music analysis technologies developed by National Institute of Advanced Industrial Science and Technology (AIST) that automatically analyze the song’s mood and structure. An expression engine then creates motion graphics you see on the display. COTODAMA calls this ‘Lyric Sync Technology’, and Lyric Speaker is the first in the world to be equipped with it. 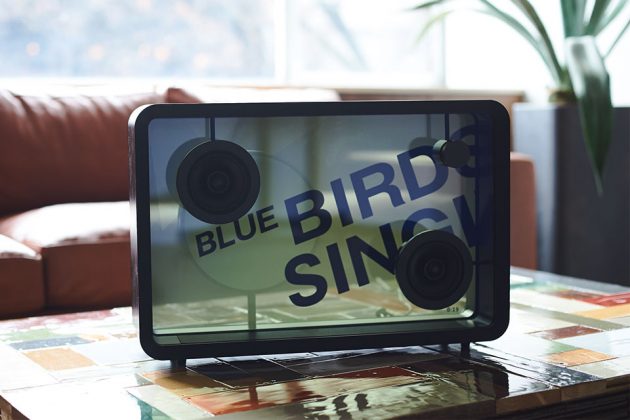 As far as built and sound goes, Lyric Speaker is handcrafted by Japanese artisans in Japan and it is outfitted with a pair of HiRes audio-capable coaxial speaker units with drone cone speakers developed by Japanese audio engineer Hirofumi Osaki, offering a total acoustic output of 40W. Dual passive radiators are also present to take care of the low frequency aspect of the unit’s audio reproduction. The Lyric Speaker was launched last year in Japan to the delight of Japanese audio enthusiasts and it has now arrive in U.S. shore (it is also available in the U.K. as well as Hong Kong, btw).

The concept of Lyric Speaker is intriguing enough, but it is not for everyone as each unit will run you back a princely sum of $4,500. Yes, that’s four thousand five hundred bucks there. No doubt a significant investment for a speaker system from a relatively unknown brand and therefore, surely you will want to experience the speaker in person before breaking the bank. Speaking of which, you can actually do so at a few brick-and-mortar stores located in Los Angeles and Santa Monica.

All images courtesy of COTODAMA.