Singapore-based Creative Technology has brought both audio and visual treat to gamers in the U.S. with the new Creative Sound BlasterX Katana Under-Monitor Audio System. These “Katana” won’t cut like the feudal Japan weapon of choice of samurais, but it will offer gamers with widescreen or multi-screen setup with state-of-the-art audio, along with visual treat, courtesy of a programmable 16.8 million color Aurora Reactive Lighting System. 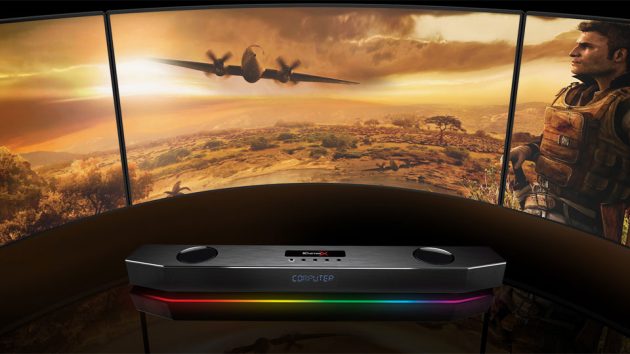 We have not hear one in action, but the specs does sound promising and it includes a built-in Advanced Sound Blaster Processor, 24-bit DAC/multi-core audio DSP, Dolby Digital 5.1, and a tri-amplified 5-driver design comprising of a pair of up-firing mid bass drivers, two high-excursion tweeters, and a long throw subwoofer, each individually powered by a DSP-controlled amplifier. All told, the set up is lock and ready to pump out 24-bit high-resolution audio in the highest clarity possible and at a peak power of 150W. 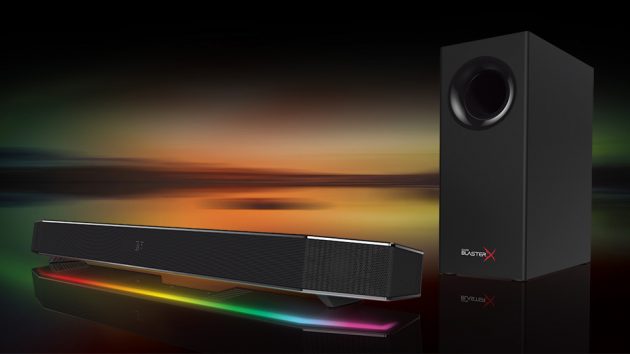 If those aren’t enough to impress you, avid gamers will be glad to know that this audio setup also doubles as an advanced Sound Blaster sound card and it is totally 7.1 surround capable. And it has the look to match too, sporting a beautiful brushed aluminum enclosure with a design that’s as sharp looking as its namesake, well, figuratively speaking, that is.

Creative Sound BlasterX Katana Under-Monitor Audio System is available on Massdrop.com, as well as on Creative online store, priced at $299.99.