3D printing pen sure sounds like a lot of fun, but hardly can be considered as something of real professional use. it is more for creative art application or perhaps, as a fun tool for kids to explore their creativity. though so, 3D printing pen carries with it the inherent risk of burning to the user due to the super hot extrusion nozzle and the extrusion that has to be left to cool naturally, and that’s not to mention the obligatory mess that comes with runaway strands of melted plastic. however, a venture-backed Singapore-based firm CreoPop wants to change that with the world’s first 3D printing pen using cool ink. the device uses three ultraviolet diodes surrounding the nozzle to instantly harden a stereolithography and light-sensitive liquid resin (known as photopolymers) as it is being extruded. 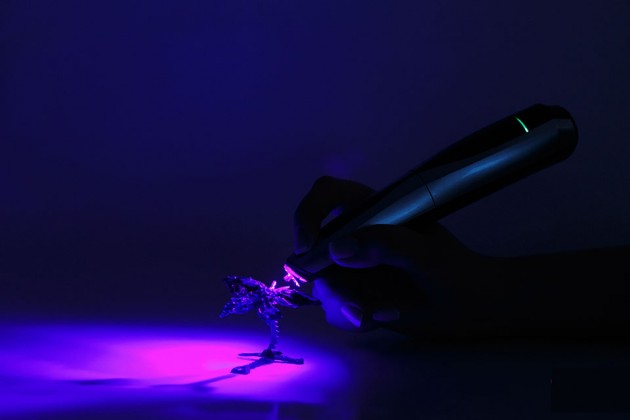 without obvious involvement of heat as the plastic comes out of the tip, the risk of burning is eliminated and along with it, the unpleasant odor associated with melted hot plastic will be non-existence too, thus making the device more pleasant to use and completely safer for kids to use. and since it uses the UV lights to instantly cool the extrusion, it means no more dealing with messy runaway strands, which also means a cleaner project with less or no post-processing work. the CreoPop 3D printing pen also presents another advantage over its competitors; it uses a cartridge system to hold the raw materials, much like today’s inkjet printer, as opposed to being fed with continuous strand of filament which could in someway, hinders the freedom of movement. 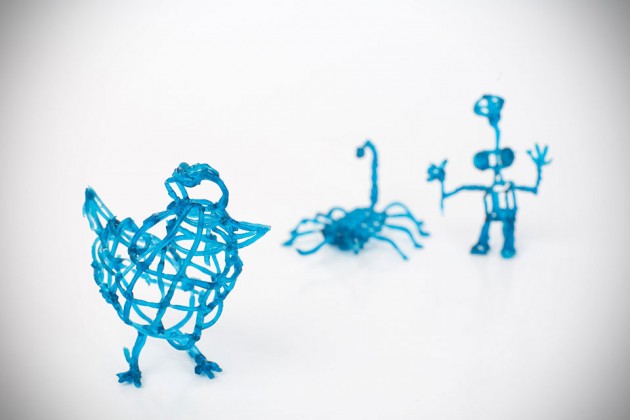 the cartridge system also enables you to create multicolor projects by simply switching to different color cartridges as you move along with your project and it also opens up to other creative possibilities such as aromatic creation, glow-in-the-dark objects and more, just by using the appropriate cool ink which CreoPop will be turning out. by going with the cartridge system, CreoPop is able to sell its hardware at a relatively inexpensive price. though the proprietary cartridges will cost quite a bit, about two-three dollars each, with each cartridge yielding about 14 meter line at a 3mm diameter. 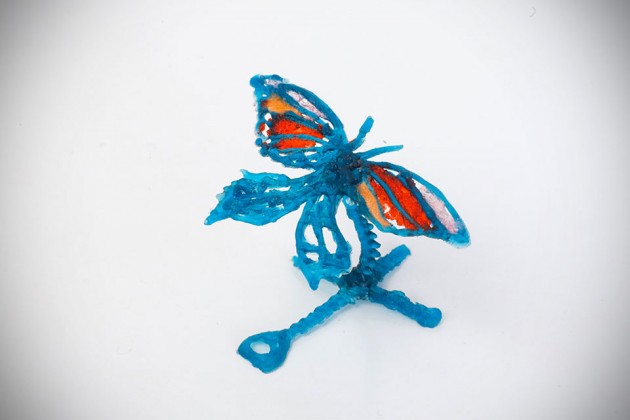 and now for the good news (well, that’s if 3D doodling is your kind of thing), has made past its funding goal on Indiegogo, which means you can pre-order one for as low as $79 and expect delivery to happen in February 2015. that’s for the early backers. after which, it will still cost just 89 bucks and a expected shipping time in March 2015. both options will score you a CreoPop pen, plus five ink cartridges in orange, blue, cyan, red and black to start with. hit the jump for a pitch video to learn more.