Is Angry Birds still a thing? We are not sure, but for young lad Noel, it sure is. With the game being downloaded over 3 billion times, it won’t surprise us there is a solid fan base… even to this day. Anywho, not surprisingly, Noel was picked by creator of Super-Fan Builds as the one lucky super fan to receive a one-of-a-kind Angry Birds build and guess what did he get? A super rad Angry Birds Pinball Machine. Damn. That’s what. I may not be a super-fan of this very angry avian (but adorable) creatures, but that pinball machine there is looking totally dope. Hey, even I won’t mind having one in my man-cave, well, that’s if I had a man-cave to start with. 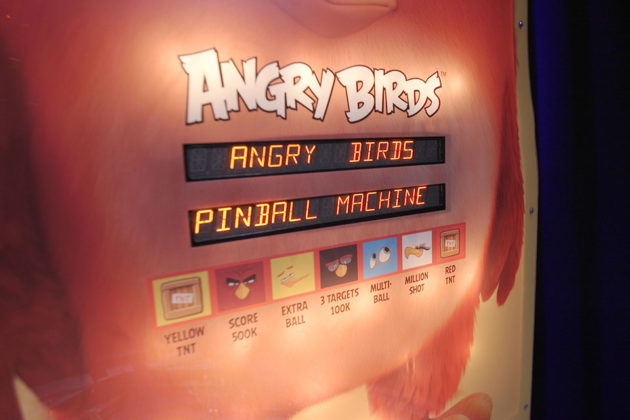 Fon Davis, a veteran prop and set builder, was the man responsible for this episode’s build. A donor vintage pinball machine was picked up and the team Davis assembled then get down to work, disassembling the machine down to its parts to be customized with Angry Birds themed graphics and figurines. Needless to say, it was a challenging process as the machine, being a vintage, has no spares floating in the market which means every step of the way of the build had to be extremely delicate to prevent breaking them, or worst, losing them. The result, as you can see, is something that will make even non-fan green with envy. You can catch the entire episode over at go90. 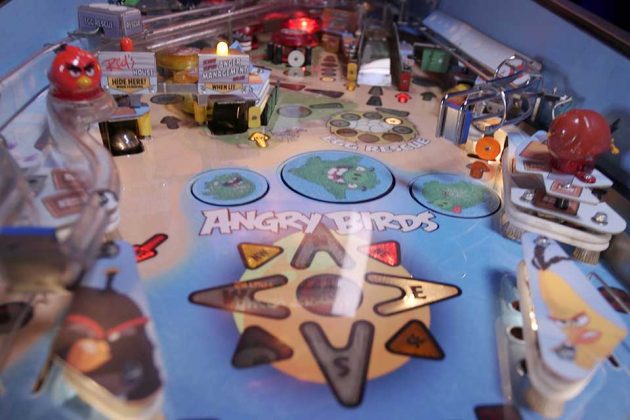 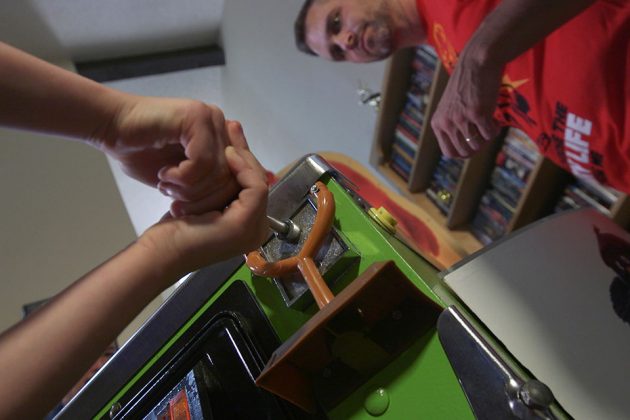 A big shout out to Paul Panday for sending this hat tip to us.