Not only does Disney wants fans of Marvel to totally immerse in the superhero world even when they aren’t at the company’s parks, but it also wants Star Wars fans to do the same. Yup. That’s right. There’s going to be a Star Wars-inspired hotel coming your way too. So, brace yourselves Star Wars fanatics. Your dream of living the life in the galaxy far, far away is going to be realized in near future, right here on Earth. The idea of a Star Wars-inspired hotel is to take the Star Wars experience beyond parks, to the extend of blurring the line between reality and fiction. 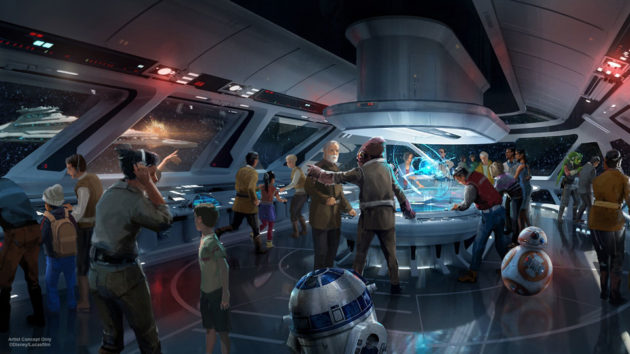 Now, we already know that the entertainment giant is already adding Star Wars Experience to two of its theme parks and what the Star Wars Hotel is going do is to take that experience beyond the park and into a space where guests chill and rest. The plan was announced by Disney’s resort chairman Bob Chapek in which he also detailed some of “experiences” to be expected. Unlike typical hotel, the moment you stepped into the Star Wars Hotel, you are signed up into the Star Wars story. In other words, you will be an actor of sort, playing a part in the galaxy as its citizen and even going to the extend of dressing the part as long as you are staying there in the starship, AKA the hotel. 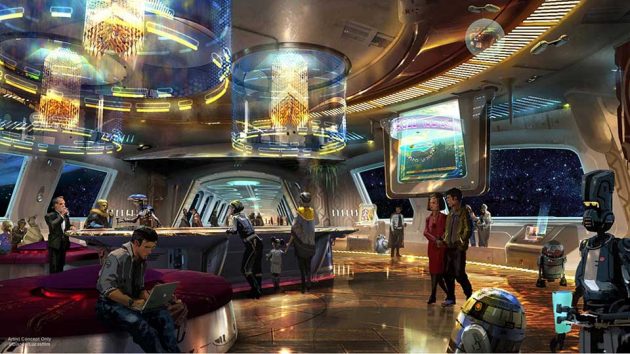 Apparently, each guest will be treated to a unique story which the individual will follow through and from the initial artist’s impressions, it looks like the accommodations will be refreshingly unique too. Forget about what you know about typical hotel rooms; Star Wars Hotel will have rooms resembling those that you see in the movies and it will even have windows that look out into the space! Now, that, my friends, is truly space on Earth! How cool is that?

However, exact details of the hotel remain scarce at this point, after all, this is just a plan. While exciting, do not expect to be playing Jedi anytime soon. The hotel will not happen until a few years time, just like the Star Wars Experience promised last year.