Calling it “the perfect solution to a problem that shouldn’t exist,” the Dongle Dangler is a keyring-equipped dummy 3.5mm headphone jack plug that lets you plug in your iPhone 7’s included Lightning to 3.5mm adapter so you will never lose it like, ever. It is an exceedingly simple solution that solves a new problem that came with the headphone jack-less iPhone 7 (and likely, future iPhones too). With the Dongle Dangler secured to your keychain and the not-in-use adapter plugged to it, you will unlikely to lose the adapter. However, if you are one of those who habitually misplace/lose your keys, well, then I supposed this accessory can’t help either. 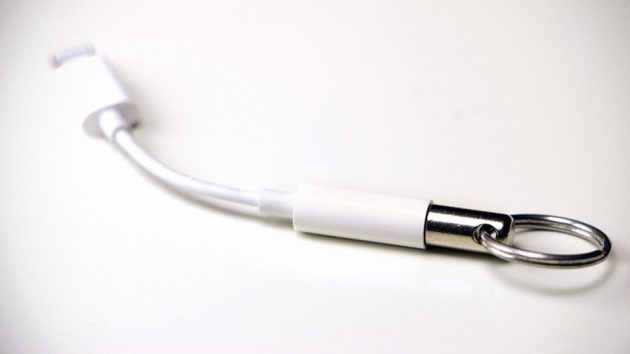 For everyone else who suffers from misplaced dongle, or losing it completely, this is a great solution. Anyways, since Dongle Dangler comes with its own keyring, it could very well be your primarily keychain for consolidating your keys too. Perhaps, you could even attach a Bluetooth tracker to it, so you can easily track it down. So, the Dongle Dangler kind of works for every aspect of anyone’s daily live. For just 5 bucks, the problem of a Lightning-to-3.5mm adapter going rogue will be eliminated, but only if you pre-order it on Kickstarter. 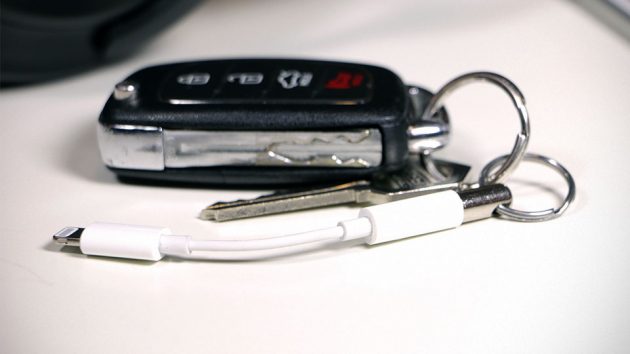 The campaign, according to the ‘narrator’, was timed to coincide with Christmas in which U.S. orders put in and received by December 17 will be delivered by December 23, 2017, in time for Christmas. If not, backers will still received theirs in January 2017.

NOW READ  Stackable GaN Charger Is An Intriguing Product, But Why Not Just Use A Power Strip?

There’s a catch though (apart from the risk involved in a crowdfunding campaign), the campaign ends in less two days and so, if you want one, you want to act quick. But before you leave, you may want to check out the hilarious pitch video to learn more.