I am sure we all know who Stan Lee is. Some known him as the creative mind behind one of the world’s most successful comics publisher while some sees him as the real-life superhero, the father of superheroes, and for some, he is one of the man responsible for turning comics into a successful movie franchise. Regardless of how you see Stan Lee, there’s no doubt this man is an icon of our time and despite his success (including countless cameos in Marvel’s movies), Stan Lee never rest seem to rest on his laurel. He is active on Facebook too, keeping in touch with fans with news and his views, and now, he has taken this personal touch to the next level, by offering fans with Stan Lee Box Subscription Box curated by none other than the man himself. 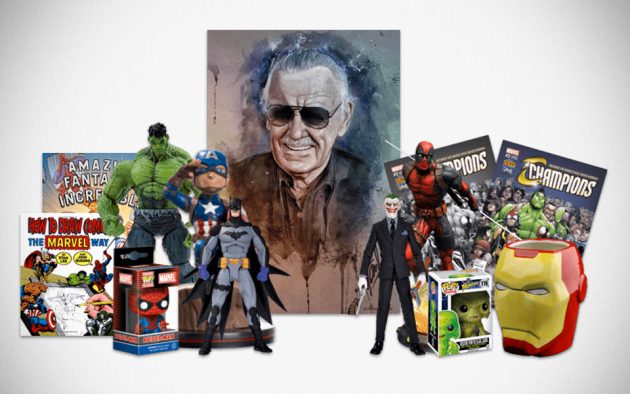 Like any other subscription box, what you going to get are, well, surprises, but rest assure, the merchandizes are all comics/superheroes related. It may include stuff like action figures, comics books, mugs relating to both Marvel and non-Marvel comics world. Yes, even Batman or Joker could be in it too. Obviously, this is reserved for comics lovers without bias. So, fanboys of particular publisher, or superhero may want to stay away, but for everyone else, you can subscribed to Stan Lee Box Subscription Box for $324 a year, or $44.95 per box plus shipping and handling, which will get your six boxes a year, delivered every eight weeks.

The annual sub, which will be renewed automatically annually, will also bag you limited edition collectible gifts. Though it is not known what to expect out of these “limited edition collectible gifts.” For those who unsure about this rather hefty commitment but still want to ‘test it out’, there’s a no commitments, cancel anytime, bi-monthly program which cost $49.99 per box, or $58 including S/H. Last but not least, Stan Lee Box Subscription Box wants to assure members that each box you get contains no less than $125 of value. And oh, one more thing: it is only available in the U.S. only. What a bummer, eh? But I am not surprise cos’ S/H to overseas can be quite a b*tch.