The greatest annoyance about vacuuming is not the chore itself; it is the machine topping over. Sounds familiar? Of course it is. It could very well be the number one issue with any vacuum cleaner and it is also the one problem Dyson determined to cross out. Introducing the Dyson Big Ball Cylinder, a vacuum that cannot be knocked over. Well, actually, it can be knocked over, but it will self-right when that happens so you can go on doing your chore without throwing up your hands in despair. There’s no voodoo involved here, neither is there a gyroscope or motor to right the toppled ball-like body. The Dyson Big Ball Cylinder Vacuum Cleaner self-righting ability is the result of a clever design that leverages on the curved body with a low center of gravity. 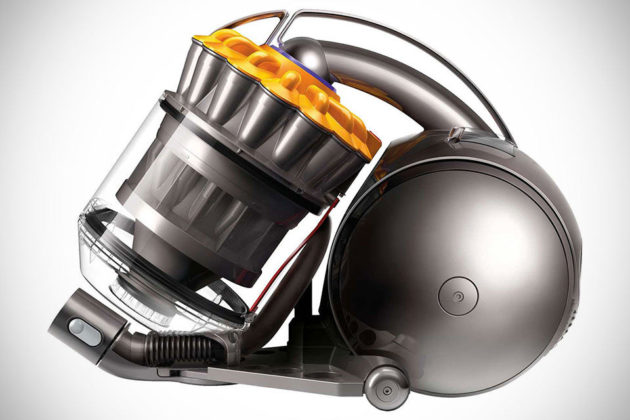 Everything is fitted within the ball chassis and the components’ center of gravity controlled within 3mm, so in the event it gets knocked down, the gravitational force will automatically roll it back up. Now, with the toppling issue out of the way, Dyson also work to minimize the odds of it toppling by equipping it with a spherical wheel, so it can be rolled around smoothly like, you know, a ball. Of course, there’s more to Dyson Big Ball than just magical uprighting. It also touts a bin emptying mechanism that hygienically scraps out dust and dirt out. Speaking of which, it does not have a bag and there’s no filter to replace either. 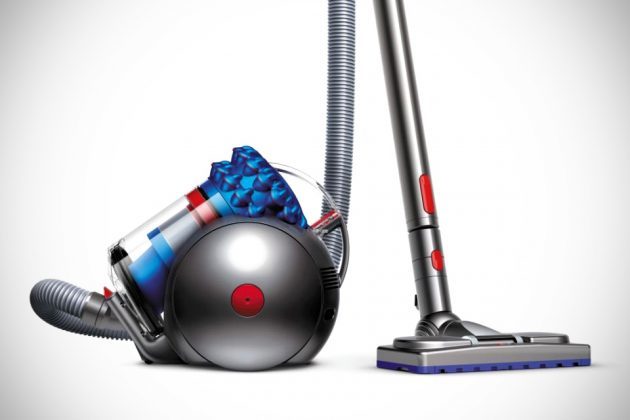 On the suction department, it boasts 2 Tier Radial cyclones that is said to “remove more dirt and allergens from your home… and the expel air that’s cleaner than the air you breathe.” Other details include 33 percent larger capacity bin, 360-degree articulated wand handle, carbon fiber turbine floor tool that’s good for both carpets and hard floors, extra tools for getting to hard-to-reach places, and finally, a long-reach hose, wand and cable that offers up to 10 meters reach.

To be honest, we did not pay quite a lot attention to other features after learning about the self-righting feature. Seriously, that’s one nagging problem with today’s vacuum cleaners and I am glad that someone has bothered to eliminate it entirely. However, self-righting and all those features found on the Dyson Cinetic Big Ball cylinder and Big Ball vacuum cleaners don’t come cheap. In U.K., the former starts at £349 and the latter, £399, which is around US$495 and US$566. That’s heck a lot to pay for a vacuum if you ask me, but then again, they are awesome, aren’t they? 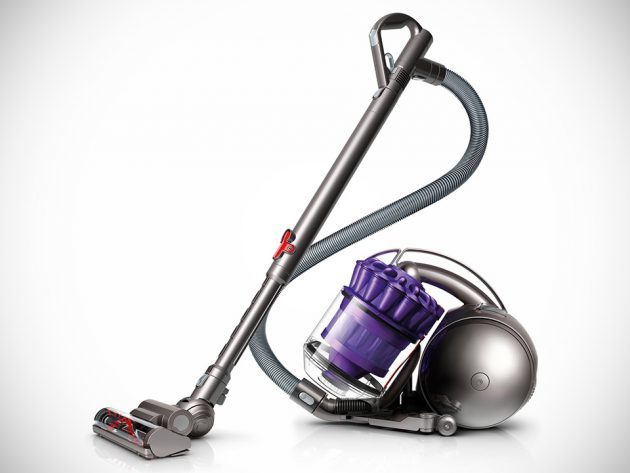