Remember Saya? The eerily realistic digital girl who blurs the line between what’s real and what’s not? If you think that was just about as far as CG artist couple Teruyuki and Yuki Ishikawa could go, well, then you are dead wrong. Apparently, they are not done with Saya and have continued to work on her based on feedback from the public. As before, the couple, collectively known as Telyuka, did all the work while going about their commercial projects that brings the bacon. In barely a year’s time, the Ishikawa, also fondly known as digital girl Saya’s parents, has made the already mind-boggling hyperrealistic Saya even more human-like. 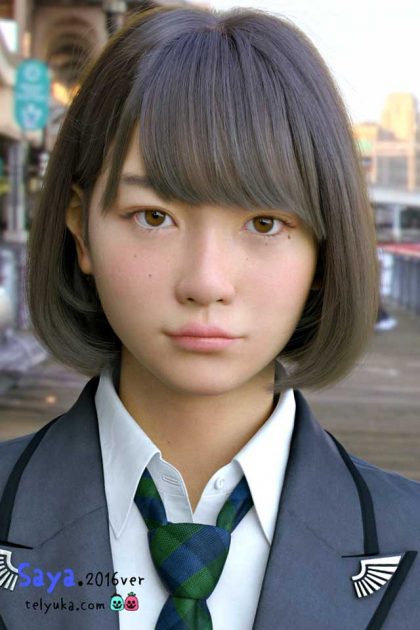 We didn’t even realize the leap until we took a look at last year’s post and it is apparent that Saya has indeed became more humanized. After looking at the image, I am sure you will concur with us too. The render is so realistic that you’d be forgiven to question if this perfect girl not real? Bad news for the love sick, too-old-to-be-a-virgin, under/overachiever, emo dudes out there cos’ Saya is still not real, but as a consolation, she won’t remain as a motionless 3D render.

Along with an even out-of-this-world resemblance to a real person, Saya is now fully animated and reportedly, will be making an appearance at an exhibition (in Japan, of course) this Fall. Also, she’s going to be star too – in a Telyuka-produced film. 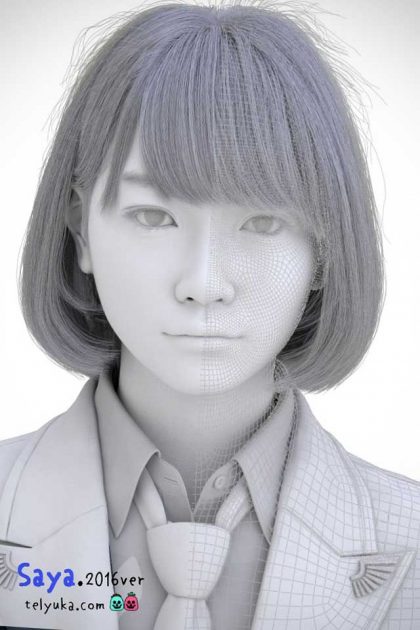