As the news of the desperate attempt to rescue a group of Thai boys trapped in a flooded cave reached Elon Musk, he is not going to wait to see what happens. The visionary wants technology to help save the kids from this potentially deadly situation. Already, Boring Company and SpaceX engineers have been dispatched to Thailand to see how they can assist in the rescue of the 12 boys and their soccer coach who are trapped in a cave in Chiang Rai, Thailand. 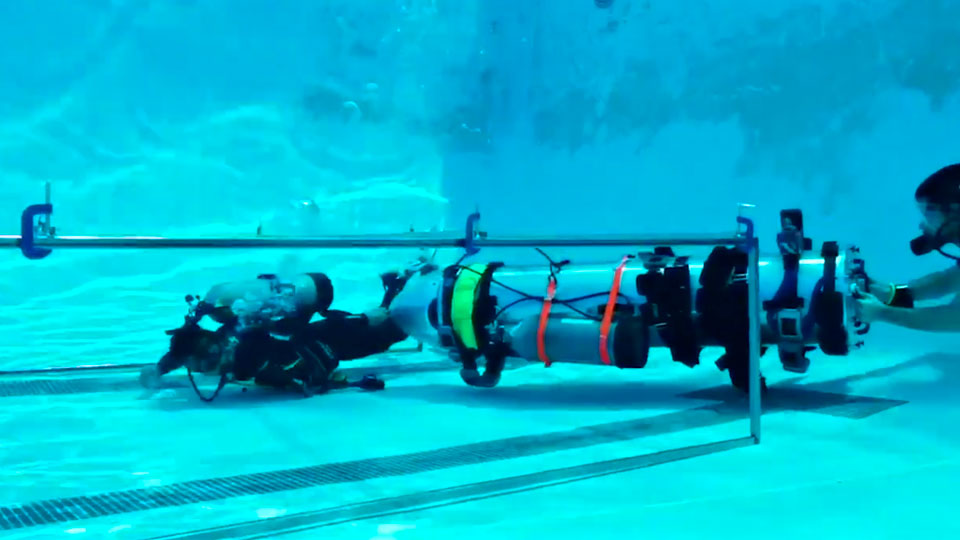 While the engineers are there, Musk has hatched another plan: using a kid-size “submarine” to get them out. The latest news was, four boys have been safely rescued (apparently, one was in critical condition) by the official’s divers. At this point, it is not sure of the Thai government will take on Musk’s proposed rescue method. One thing for sure though, Musk and his team wasted no time in putting together a mini submarine (more like an oxygen-filled tube) fashioned from a liquid oxygen transfer tube of Falcon rocket.

The tube is expected to be guided by two divers and it is small and robust enough to get through narrow gaps. Musk even shared images of the vessel in a tweet. It appears that the sub is ready to go, or at least almost ready to go. However, it is not sure if it will make it time to join the next phase of rescue. Last heard, Thai governor confirmed that the rescue team will need to make sure all conditions are stable before the begin the next phase of rescue. Prior to that, a meeting was held on Sunday night (Thailand time) to map out the strategy.

The latest heard is, the rescue is currently underway (11:21AM, July 09, Thai time). Just a few hours ago, Elon Musk shared a video of the submarine being tested in a pool. At this point, it is unknown if it will be make it in time. Even if the vessel is ready now, it will take no less than 17 hours to get it to Thailand which by then, hopefully, the rest of the trapped kids and the coach re already out and well. Whatever it is, we wish the rescuers the best of the luck.