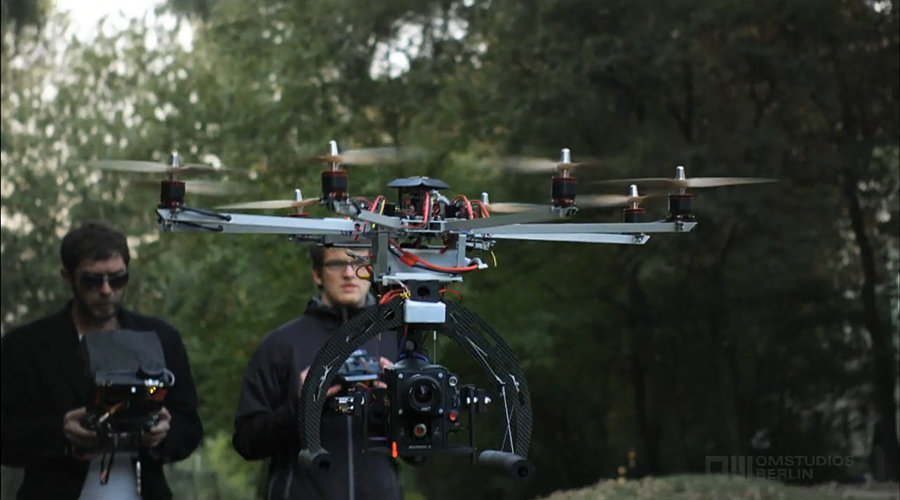 radio control helicopters and aircrafts with onboard camera are nothing new but a flying contraption with a $60k camera slung underneath it, is definitely the first that we have seen and we consider it as an incredible brave act. come on, why wouldn’t it consider a brave act when a $60K RED Epic camera is slung underneath a radio control flying machine with eight tiny motors driving eight not-so-big propellers? that’s what exactly German special effect firm, OMSTUDIOS did and you can witness it in the video after the break. apparently, the folks over at the OMSTUDIOS designed this machine to take the place of crane for shooting from the air. the OM-Copter, as it is called, is capable of soaring up to 150 meters into the sky for aerial shots. sounds like a pretty good idea but i hope the creator has packed enough circuitry and gyros to take the beating from the winds when this thing goes higher up into the sky.
[ad#Google Adsense-text-468×60]