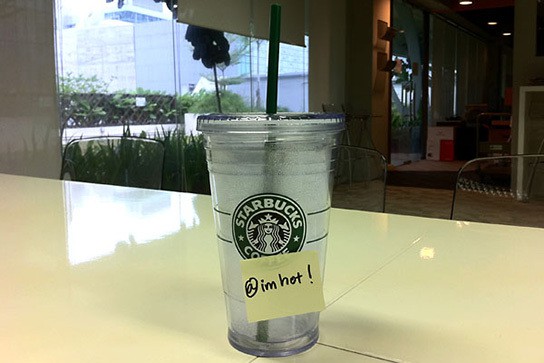 we all know social network is here to stay and how it has changed the way we socialized and share information with our family and friends. oddly, we have the fetish to share our thoughts over social network by the means of Facebook and Twitter, for examples. what if you can share what you are doing without even logging in and tweet about it? that is what researchers Kan Taiwei and Teng Chinhung from the National Taiwan University and Yuan Ze University, respectively, have in mind.

the idea is to have variety of sensors embedded in your mug, pillow, light switches et cetera and these sensors, detects what you do and sends your action to your computer via XBee, a wireless communication device, which would in turn tweet the corresponding action on Twitter. then again, why would i want everyone to know my every movement? i have never thought of that. did you? imagine the whole world knows that you had just hit the sack or just off the lights. it feel kind of strange and i would certainly feel ‘exposed’. anyway, would anyone want to know such trivia matters to begin with? perhaps, if you happened to have a stalker – then he or she would be delighted to know your every move.

in anyway, that’s just an experimental idea being showcased at the recent computer graphics and animation conference Siggraph Asia in Seoul, South Korea. concepts are just dreams, which might not even come true. just imagine the logistic requires to embed those sensors, besides, they have got to be small enough and yet capable of sending signal over WiFi. letting everyone knows, even the most trivia matters, might expose ourselves to identity theft and encourage people to monitor your every move (aka stalking), thus knowing your habits and routine. i am not quite sure if i want that. do you?

below is a comic-relief on our take of the experimental Life Twitter topic… enjoy! 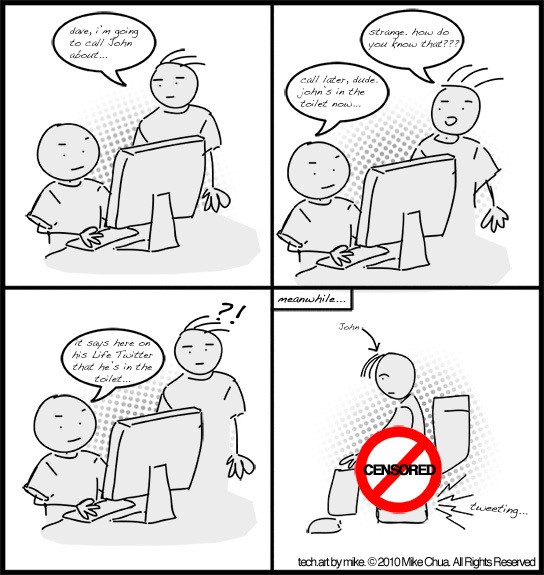