Game developer Bethesda is best known for the post-apocalyptic role-playing video game Fallout which have gained quite a massive following since its birth in 1997. So, just how crazy are fans of this arguable modern cult video game? Well, how about watching a bobblehead figure for hours on Twitch prior to the announcement of the Fallout: 76? 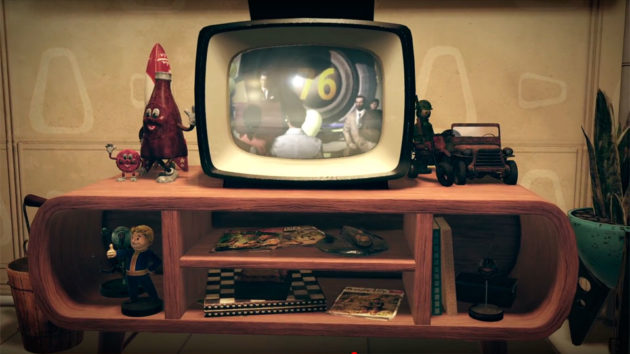 Well, if that isn’t crazy, I don’t know what is. Sometime on Tuesday, 140,000 fans stared eagerly at the screen with nothing but a Vault-Tec bobblehead against the background of a flat screen with an apocalyptic display that says “Please Stand By,” all for the news of what Bethesda have installed for the next Fallout. Anyways, the teaser was revealed as expected, but still, not a lot is known. Here’s what we have learned from our source:

“Those people, speaking anonymously so as not to damage their careers, confirmed that Fallout 76 is an experimental new entry in the long-running post-apocalyptic series… It will have quests and a story, like any other game from Bethesda Game Studios, a developer known for meaty RPGs like Skyrim. It will also feature base-building—just like 2015’s Fallout 4—and other survival-based and multiplayer mechanics.”

“The game is named after the series’ Vault 76, which has been mentioned in both Fallout 3 and Fallout 4. According to Fallout lore, Vault 76 was meant to open just 20 years after the nuclear war, allowing for a far less civilized setting than previous games. Fallouts 3 and 4, which are full of cities and settlements, both take place over 200 years after the war, after much of the population has had time to reconstruct human civilization. Fallout 76 will feel very different.”

According to Kotaku, Bethesda is expected to reveal more at the E3 press conference set on June 10. In the meantime, those the bits we know. Now, have a look at the said teaser trailer to curb your insatiable appetite for the next instalment of this post-apocalyptic role-playing video game.