the market is surely no shortage of juice pack aka battery case for iPhone, but like everything else in life, they are not perfect. first of all, they require manual activation to start charging; secondly, some designs does not allow recharging and synchronization of your device when the battery case is on; and thirdly, despite having LED indicator, you can never know how much juice remains on the pack and therefore, can’t manage your usage wisely. the Feeling Skin Case wants to eliminate the three ‘problems’ facing today’s juice pack and also extend its offering to include human emotion and social interactions. with the Feeling Skin Case, it will know when your device is running low on battery and automatically kicks in to recharge it, so you will never be caught with a flat out iPhone. of course, you can also manually activate it, but the point is, more often than not, we were too busy until it is too late and the Feeling Skin Case takes care of that so that you can have a peace of mind knowing that your device will have the power when you need it. 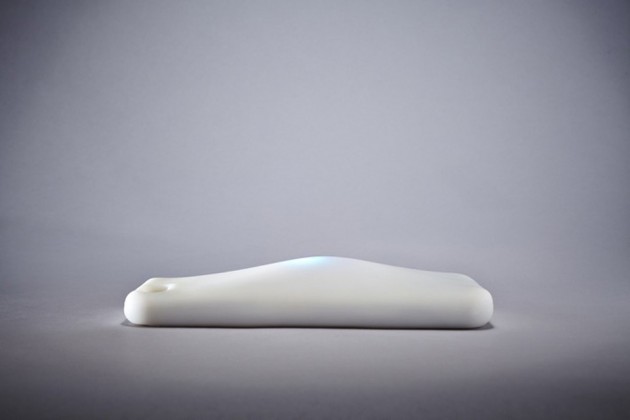 instead of LED lights to tell you how much battery is left, an app lets you in on precisely how much power you have based on the different activities like surfing the Internet, messaging and more. finally, it allows you to charge your iPhone and sync with iTunes at the same time without the need to remove the case and by using just one simple USB cable. so far, those are just hard specs, but there is also the ‘soft spec’ too. Twelve Monkeys Company, the Parisian firm behind the Feeling Skin Case wants the case to extend to your social life. by using a dedicated social network app, it will allow real friends to share his or her emotion just by pressing the back of the case. the app works much like the current social network app, with features like sharing videos, photos, as well as how you feel now, but with people who you actually know and best of all, you don’t even need to check your phone for notifications or updates; it lets you feel it through pulsating color LED light with different level of intensity. 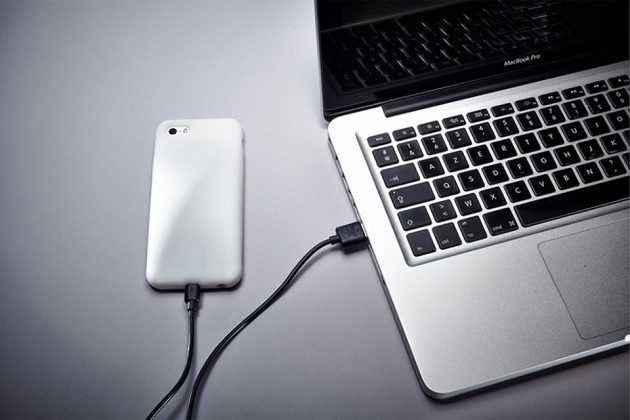 along with the enticing features, it also has a design to match. the case, designed by Philippe Portheault, is intentionally design to be organic, to make it look more alive and warm, with the object of beckoning you to touch it and it is made of soft touch material to further drive this point forward, while capable of absorbing up to 10G of shock. it almost sounds like the Feeling Skin Case is the perfect battery case, but unfortunately, it does has its shortfall: packed into its sleek form is a modest 1,450 mAh lithium polymer battery which only provides your iPhone with 80% charge, tops. Twelve Monkeys Company is running a Kickstarter campaign from now through to June 1, seeking for financial backing to move this from concept to production. prices start from as low as $49 for early backers. you can even order one for the upcoming iPhone 6 for just 69 bucks. those are seriously attractive prices which we think wIll help the project get funded, but then again, only time will tell.