Mankind was once fascinated by the idea of flight. Now that we have achieved it (flight), some companies are still striving to find ways to replicate flight by nature’s creatures. Festo, a German industrial control and automation company, is one such company. We have seen many fascinating examples, including the likes of BionicKangaroo, super life-like seagull and more recently, creepily eery octopus tentacle, coming out of the company’s Neckar research lab. 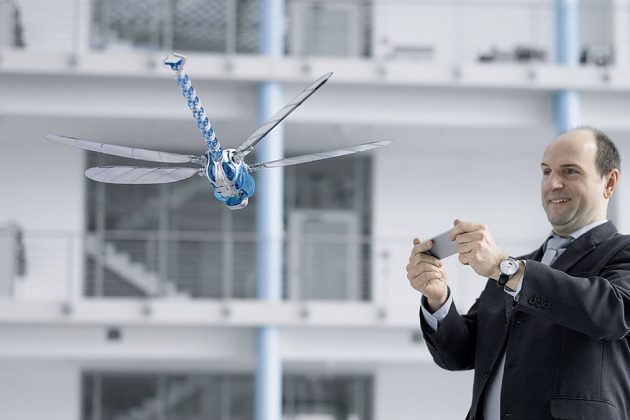 Today, we are yet again wowed by another of the company’s development: a tiny ultralight flying object called BionicOpter. BionicOpter is essentially a robotic flying dragonfly that’s inspired by dragonfly flight. BionicOpter rivals Caltech’s robotic bat, Bat Bot B2, which means it is far complex than regular flying machines like, say, an aircraft. Similar to the nature’s anisoptera insecta, BionicOpter is capable of flying in any directions, hover mid-air and even glide without flapping the wings. 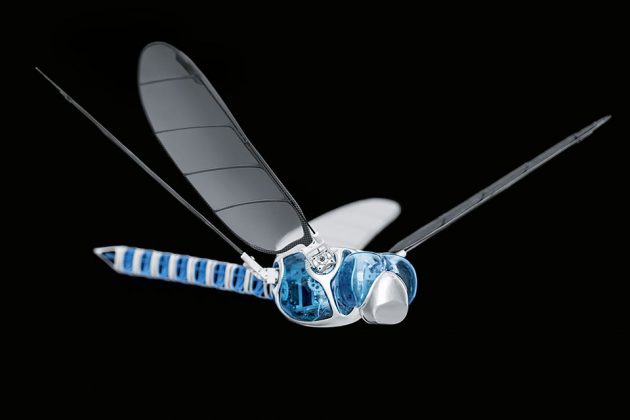 By tilting the wings, the direction of thrust can be determined while amplitude control offered by an amplitude controller allows the intensity of the thrust to be regulated. The result is a tiny, ultralight flying object that can be position virtually anywhere in space – just like the nature’s incredible creation. Here are some interesting bits:

“This unique way of flying is made possible by the lightweight construction and the integration of functions: components such as sensors, actuators and mechanical components as well as open- and closed-loop control systems are installed in a very tight space and adapted to one another… With the remote-controlled dragonfly, Festo demonstrates wireless real-time communication, a continuous exchange of information, as well as the ability to combine different sensor evaluations and identify complex events and critical states.” 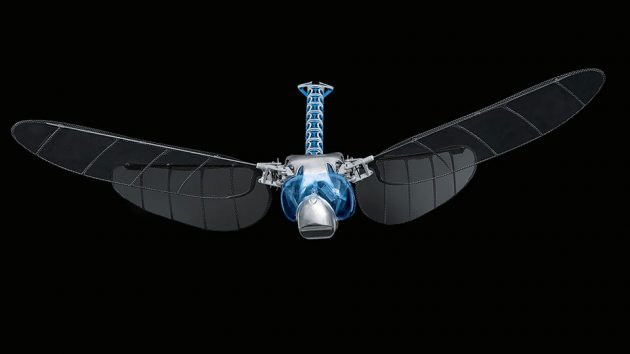 With this invention, it opens up the possibility of precise positioning of a flying contraption which could, for example, benefit search and result operations. Given the rapid developing technology, it could even be an unsuspecting spy. With the continual shrinking of component size and crazy resolution miniature imaging device, it is not hard to imagine a dragonfly spy could be a possibility. Seriously, in future, we should be all wary if there’s a dragonfly buzzing around us.

Though one thing is clear: real dragonfly tends to get erratic when trapped indoors (with bright lights) and so, we may be able to tell if it is a real dragonfly or not after all. But that’s only if know dragonfly’s behavior. Also, real dragonfly is a lot smaller. Still… 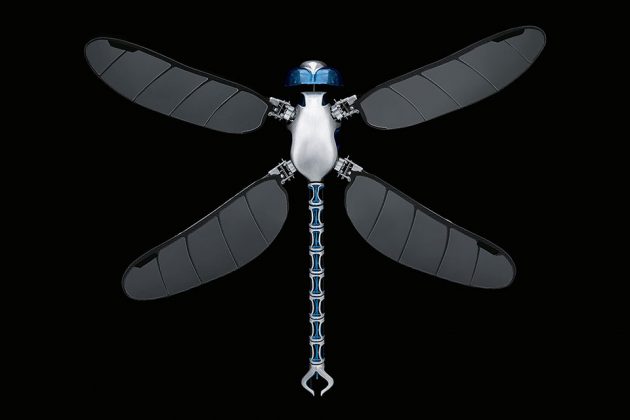