Rutgers University is certainly not the only institution exploring the possibility of UAV/Unmanned Sea Vehicle hybrid. Last week, John Hopkins Applied Physics Laboratory also announced its own iteration, which the institution calls Corrosion Resistant Aerial Covert Unmanned Nautical System, or CRACUNS (pronounced as ‘Krakens’). The abbreviation ‘CRACUNS’ may sounds like the mythical sea monster of epic proportion, but trust us, it does not look anywhere near fearsome, nor is it of ‘epic proportion’. As you can see, it has a setup of a typical quadcopter. Though so, its capability far exceeds a regular multi-rotor drone.

Tons of research have been invested to enable it to stay submerged in an underwater station, such as an Unmanned Underwater Vehicle, and launch into the air to carry a variety of missions when needed. CRACUNS is JHAPL’s response “to evolving sponsor challenges” for a craft that could function in both underwater and in the air. No words on how deep CRACUNS can stay underwater though. We only know it could “remain and launch from a significant depth without needing structural metal parts or machined surfaces.” 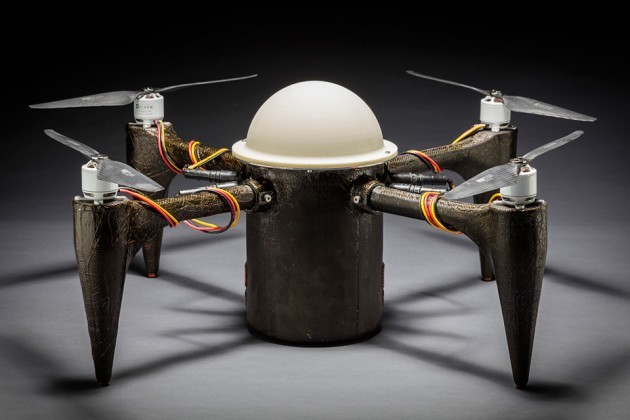 CRACUNS has a lightweight composite airframe that’s designed to stand up to the water pressured when underwater and also resist corrosion in saltwater environment, which is expected to operate in. Saltwater corrosion resistance is achieved by sealing the electronics in a dry pressure vessel and the motors, which can’t be sealed, are treated to commercially available protective coatings.

Perhaps, most importantly, CRACUNS is said to be low cost, which makes it expendable thus allowing it to be used in large numbers for high-risk scenarios. It is indeed an interesting notion. We were thinking, what if it the lightweight airframe is biodegradable like NASA’s biodegradable drone? That would be a near-perfect snooping unmanned vehicle, wouldn’t it? 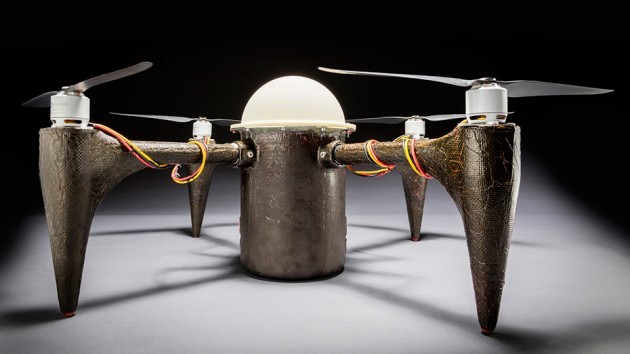