Yes. Yes. I know. The Jurassic World hype is over, but that does not mean we can’t talk about the over-the-top, genetically-engineered, fictional star dinosaur, Indominus Rex, especially when there’s a robotic version which money can buy. Meet the Zoomer Dino Jurassic World Indominus Rex Robot, a remote control toy robot that allows you to control this ferocious dinosaur as opposed to merely displaying it. So, great, it moves, but unfortunately, this biped creatures can’t stomp around your parquet flooring like the fake real-deal. Instead it rolls on wheels. 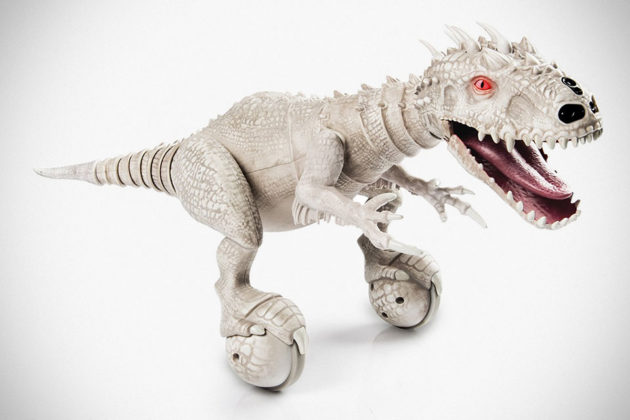 For a fan of dinosaurs and robots, it maybe a bit hard to accept, but just take it that little iRex here is on skates which, on the bright side, should make her (apparently, its a ‘she’) even more fearsome. Rexy here boasts light-up eyes and features pretty close details like intimidating claws, fangs, head spikes, and makes movie-accurate roars and growls. It offers four modes of play: auto, patrol, attack, and control mode. In autonomous, a nose-mounted sensor enables the dino to react differently depending on how you move your hand in front of it. 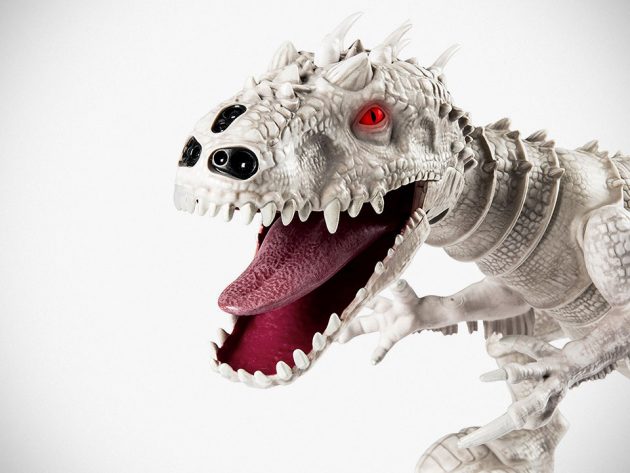 Furthermore, meddling with its tail will make her go bonkers and react kind of violently just like she should. iRex here is programmable too, well, sort of, allowing you to record up to 10 seconds of desired movements and replay it as it pleases you. Now that Indominus Rex is a robot, it’s about time someone make a bipedal version so it can storm across your lush carpeted rooms with gusto like it was bashing through the vegetation of a forested reserve.

Zoomer Dino Jurassic World Indominus Rex Robot does look and moves rather intimidatingly even though the look does not score in resemblance department. Anyways, it is as close as you can get without actually genetically engineered one. Want one? Then you may want to consider picking it up from Amazon for a modest $79.94. 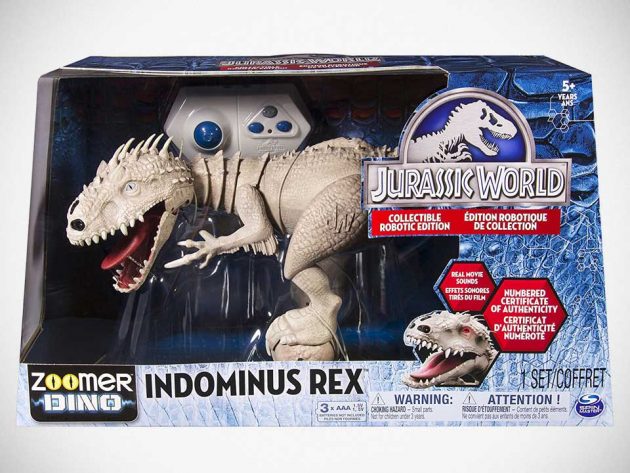