power brick haters rejoice. the future of laptop power adapter has gone down in size (finally!), thanks to the innovative FINsix 65W Laptop Adapter. about four times smaller and six times lighter than today’s adapters, the FINsix 65W Laptop Adapter comes in a wall plug form factor, thus negating the need for the cumbersome inline power brick, as well as the thick and inflexible AC cable. adding to the convenience factor, it also features a built-in powered USB port with 2.1A on the tap, ready for you power-hungry USB-powered devices such as smartphones and tablets. as such, the adapter is capable of providing power to your laptop and charges 10W devices simultaneously.

the miniaturization of this traditionally bulk and ugly power brick is made possible using a Very High Frequency power conversion technology with switching frequencies between 30MHz and 300MHz, which is thousand times faster than traditional power conversion. by the virtue of this novel technology, FINsix is able to trim down the size of the adapter to a super compact and portable form factor. and for that innovation, the FINsix 65W Laptop Adapter was chosen as a 2014 CES Innovations Design and Engineering Award honoree in the Portable Power category. the FINsix 65W Laptop Adapter is slated to be available sometime in mid-2014 with an yet to be announced price tag. 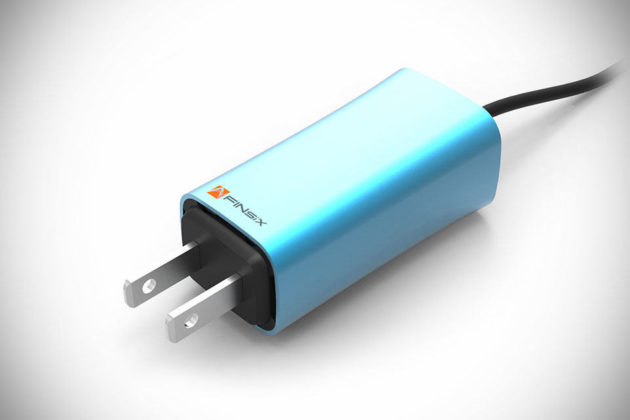 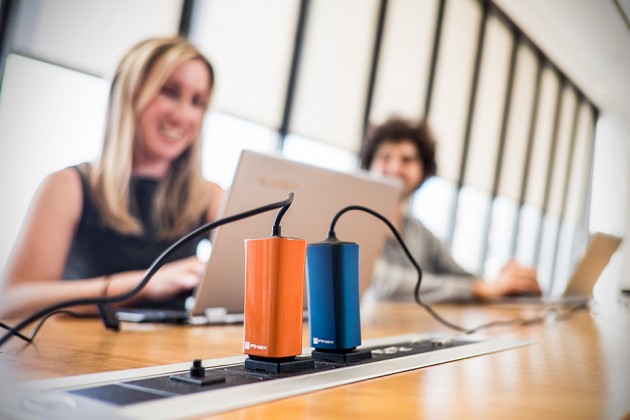