Well, it is time of the year again in Japan. A time where harvested rice’s by-product, rice straws, are put to good use as material for mind-blowing sculptures and one of them was this 23 feet (7 m) tall, 32 feet (10 m) long Godzilla which reportedly took a group of over 150 volunteers four months to built. Like the rice straw sculptures we saw last year, wooden frames were constructed and rice straws added to form this amazingly realistic Gojira and as if the realism wasn’t enough, LEDs were thrown in for good measures to make the eyes, mouth and part of the tail, chest and neck area glows – just like the monster did in the recent Shin Godzilla flick. 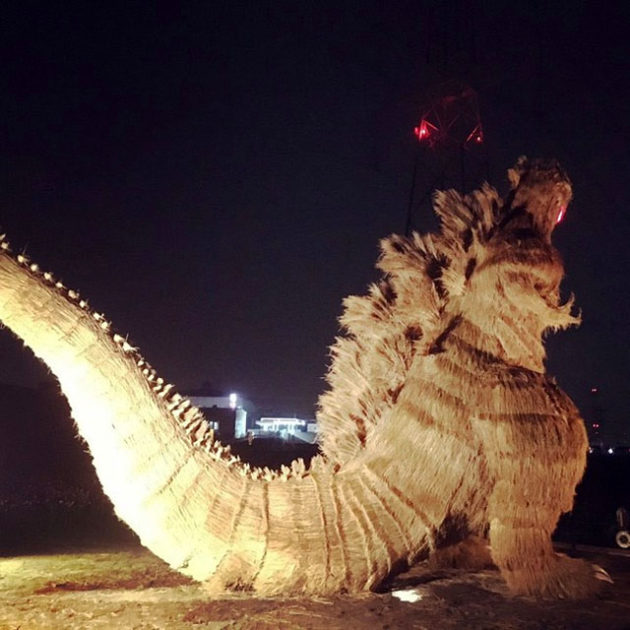 But don’t be alarmed cos’ unlike the “real” Godzilla, there’s nothing radioactive with those glows. So it is perfectly safe to pose next to it, or even hug it. The glowing mouth is particularly menacing though and it looks as if it was about to spit out fire, but luckily, it won’t and it was probably for its best interest, or else it will just go up in flame as if it is part of the Burning Man festival. Anyways, speaking of Shin Godzilla, this majestic sculpture appeared to be modelled after the latest incarnation of the iconic Japanese kaiju and hence, the uncanny resemblance.

And here’s a few more look: