Don’t mind Stormtroopers had beyond-terrible aim. Don’t mind that laser weapons were impractically slow and easily deflected by Lightsabers. Don’t mind all those because, it is Star Wars. A wonderful, fantasy-filled universe. But why in the universe there weren’t a galaxy far, far away version of football? Beats me. Notwithstanding the omission, artist Steven Klock has imagined what if Star Wars did have football. The results? The National Intergalactic League that incorporates all 32 NFL teams, representing both the Dark and the Light Side. 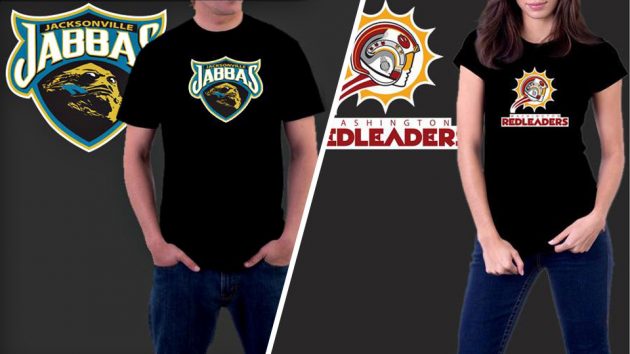 Some of the teams now take on a Star Wars fitting names, like the New York Jedis, Seattle Ewoks, Tusken Raiders – just to name a few, while some teams had their logo fused with those of Star Wars. If you love NFL and has a thing for Star Wars, then these Football-Star Wars Mashup T-Shirts are the referential things that you will want in your life (and wardrobe0. The t-shirt is made to order on quality ring-spun 100 percent cotton which is said to be as soft as a unicorn’s butt. TBH, I don’t know how soft is a unicorn’s butt, but I will just take it that it is super soft. But really, with graphics this cool, who cares if the t-shirt is super or ultra soft, even not?

Available on Shirt Battle website for $16 and up each. 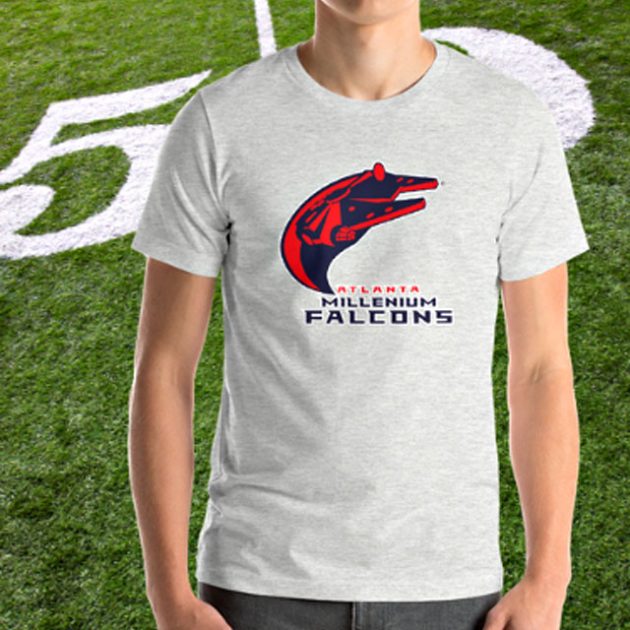