Good news for Star Wars fans! Come this Fall, you will be able to relive the adventure of Rey and the gang in all its 3D glory. The four-disc blu-ray collection, entitled Star Wars: The Force Awakens Collector’s Edition, will come with a collectible packaging and in addition to having everything the April’s release of Star Wars: The Force Awakens has, it also packs materials like never-before released audio commentary with director J.J. Abrams, more never-before-seen deleted scenes, plus tons of details of how the movie was put together, including creating the epic sound, actions and costumes, a conversation with Daisy Ridley and John Boyega, and a tour through the design and creation of the weaponry in the seventh Star Wars movie. 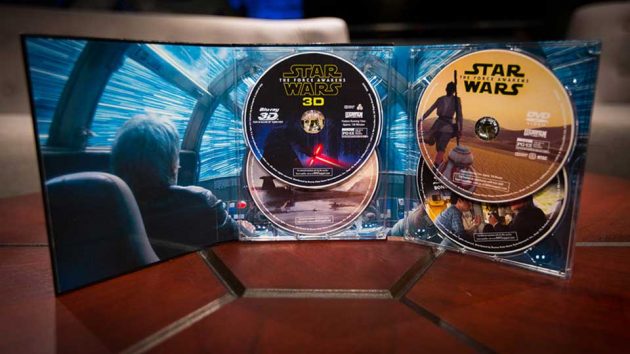 Of course, you will get to relive the movie in 3D, plus bonuses which include the film’s original theatrical release across multiple media and as mentioned, previously released bonus features. It looks like the package will be a trifold case (with a sleeve that says “Collector’s Edition”) and within, are the four discs against the background of a point-of-view of the Millennium Falcon going into a warp speed (with old Han Solo and Rey behind the helm, naturally). Other than the digital materials, there isn’t any other goodies to expect. After all, this isn’t Walking Dead, is it? Anywho, Star Wars: The Force Awakens Collector’s Edition is expected to be available in U.S. and Canada, starting November 15 with an yet-to-be-announced pricing.