Xbox One S may be significantly slimmer than the Xbox One, but being a game console, it is not portable and never mean to be. However, if for some reasons, portability is what you desire out of a game console, you have to look to specialist customizer like Eds Zarick AKA Ed Junks. Eds, if you don’t already know, is the other mad scientist other than Ben Heck who had previously turned Playstation 4 and Xbox One into on-the-go gaming consoles. Eds Junk is unstoppable. He simply can’t stop turning consoles into laptops that will allow you to game anywhere as long as there is a power outlet. His latest work is, of course, based on the new Xbox One S. 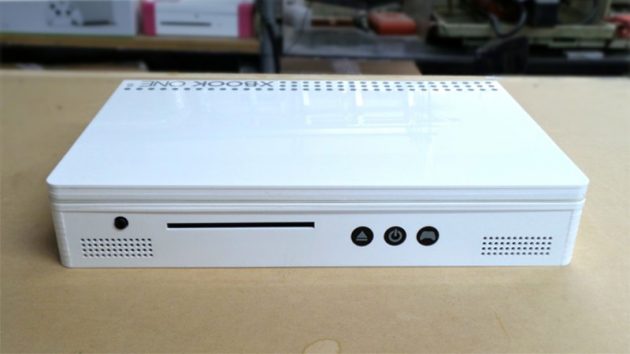 Aptly called Xbook One S, this latest portable console underwent a massive plastic surgery where all its innards are packed into an new, more portable acrylic enclosure, complete with an integrated 19-inch 720p LCD TV. Speaking of display, it is worthy to note that due to the scarcity of 1080p in small displays, Eds has no options but to settle with a 720p. As with Eds previous Book series consoles, Xbook One S is not lacking of anything the original console has. 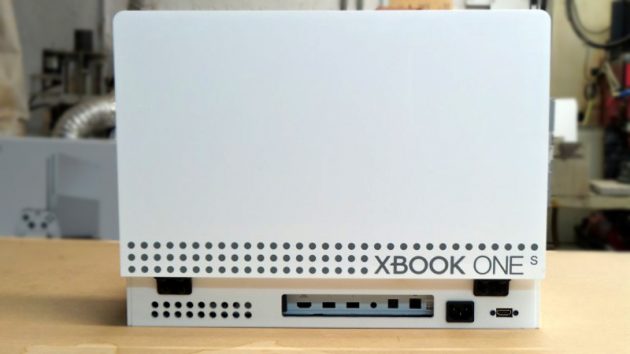 Around the front, you will find built-in front-facing speakers, a trio of buttons for eject button for the built-in Blu-ray drive, power on/off and controller sync, along with a “TV control” joystick for switching on and off the LCD display, adjusting the volume, as well as other menu controls. A remote for the display is also included, just in case you need to do any fine tuning to the display. The rear is where the air vents and various connectivity options, including HDMI input and output, optical audio in, USB ports, power supply port et cetera, can be found. 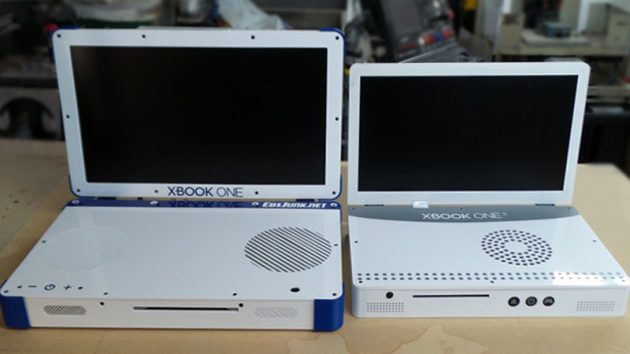 As with other console laptops, this thing needs to be powered by a wall outlet. There’s no way to incorporate a battery system without bumping up the size and increasing the weight, which ultimately makes it not practical for bringing it around. Now for more good news. Eds is ready sell you one, built-to-order. Two storage capacities are offered: the 500GB model goes for $1,450 and 100 dollars more for the 1TB system.

You will have a choice of black or white for the main enclosure and any color for the accent. Before you pull out your credit card and jump right into it, you may want to know that you will have a shot in getting one for free. To qualify, all you have to do is to retweet his Twitter post and come Monday, Eds will pick a random winner. Check out the introduction video after the break.