Most people open the refrigerator several times a day without bating an eyelid, so there is really no news about it, but I have this question to pitch: what happens if you keep a fridge running and not open it for like a really, really long time? I don’t how long. Just very long I supposed. TBH, I never thought about it really, but I never had ponder over this mundane and unimportant question to know the answer – thanks to a post on Reddit. What you see here is supposedly a fridge that hadn’t been opened in a REALLY long time.

Thank goodness there wasn’t any food inside, save for the what-looks-like an ancient mustard (Heinz?) and a container with some (hopefully not yucky) stuff inside, and also a miniature frozen version of the Death Star *cue Imperial March tune*. Now, we are sure how this came about, or if this refrigerator really hasn’t been opened for a long time. For all I know, it has been opened, it just that it has some fault that result in the formation of a ball-shaped icicle. If you ask me, that round thing was kind a sight to behold. Not the rest of the fridge though. It looks like it hasn’t be cleaned for ages. Maybe since ice age? I don’t know. 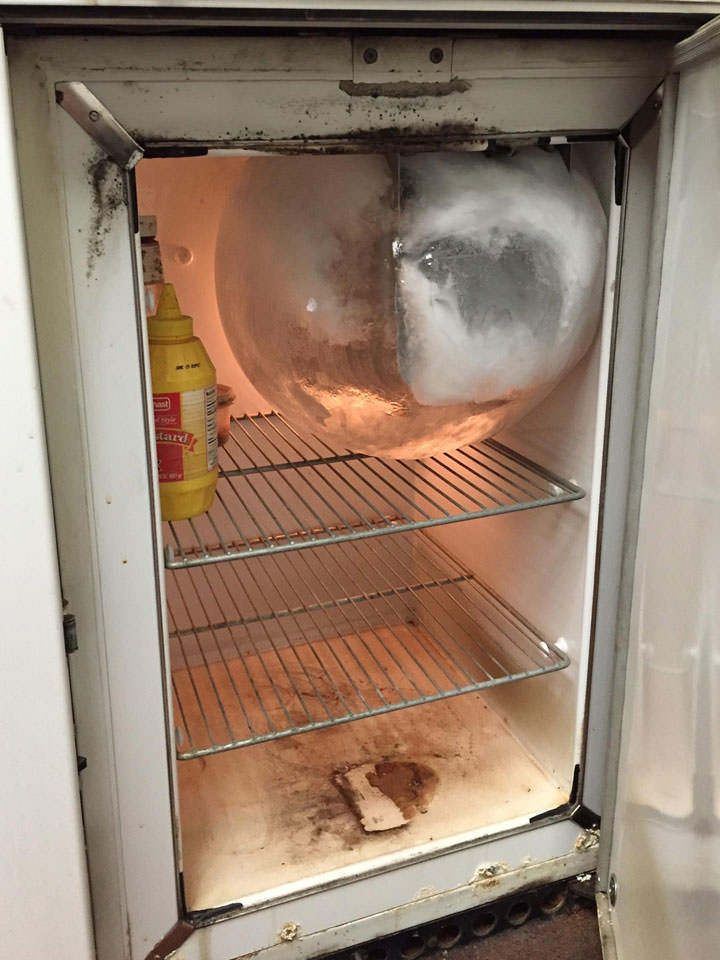