In this smartphone age, there is hardly the need for a clock. Personally, I don’t even wear anything on the wrist if not for the fitness tracker I am committed to use to track my lazy ass. But somewhere, somehow, somebody managed to come out with certain clocks that make certain people unable to say no to a clock. The Game Boy Alarm Clock is just one of those clocks and its target market? Consumers like me who grew up with Game Boy and to a larger extend, Nintendo. At this point, we probably don’t see the need to even tell you what it is. 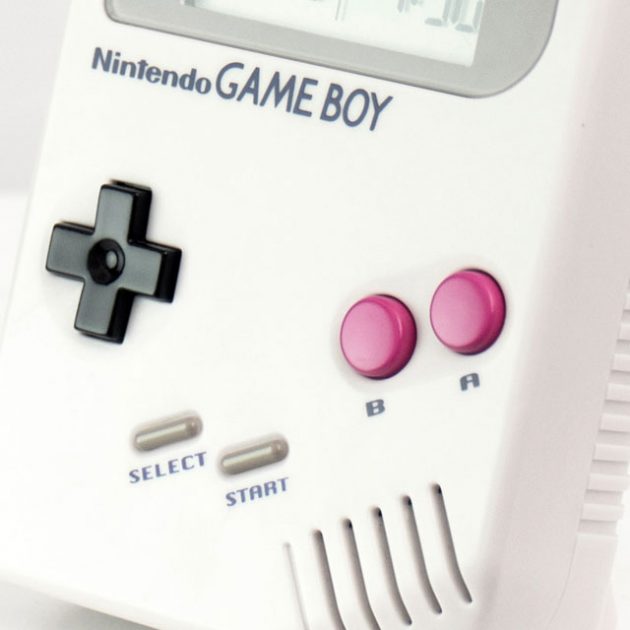 The product pretty much speaks for itself. However, if you insist, then we shall oblige. So here goes… The Game Boy Alarm Clock is an exact replica of the once popular handheld gaming device. Rightly it should because, this is actually an officially licensed Nintendo product. I kid you not. This a real deal, well, as in shape-wise that is. The shape is not even the only rad thing about this desktop clock. The other awesome feature is its alarm clock that plays Mario screaming, get the f*@K out of the bed. Nah. We just kidding. It does not do that. Instead, it will wake you up to the tune of Super Mario Land… in all its 8-bit glory. How’s that for a blast from the past?

Also, by now, you may have already noticed it has all the buttons too, just like the real deal it takes after. But those buttons won’t let you play game; they will, however, set the clock and snooze the alarm and also, obviously, the display isn’t for display awesome Mario images, nor is it for game, nor is it pixelated. In fact, it is a modern LCD that presents to you the time in generously sized digits, as well as the date and the set alarm time. Having said that, it has another thing in common with the original handheld gaming device: no frills and that’s what we love about the Game Boy, and this clock.

If you are down for it, you can pick up a unit from Firebox (we are not affiliated, btw) for 24.99 English pounds (or 35.19 American dollars, according to Firebox).