With global warming going on, a lot of places on our lovely planet is feeling the heat. The situation is a little bearable if you have air-conditioners installed. Then again, not everyone can afford the luxury of air-conditioners, and even if one could, it is a surefire way of killing the environment as ac units consume loads of energy. A duo from Italy, collectively known as Geizeer, came up with a brilliant alternative. Instead of a fan, they look at their refrigerator, in particular, the freezer and thought, “why not leverage on the very appliance they already have to cool themselves?” Well, that’s exactly they did with this little gadget called Geizeer. 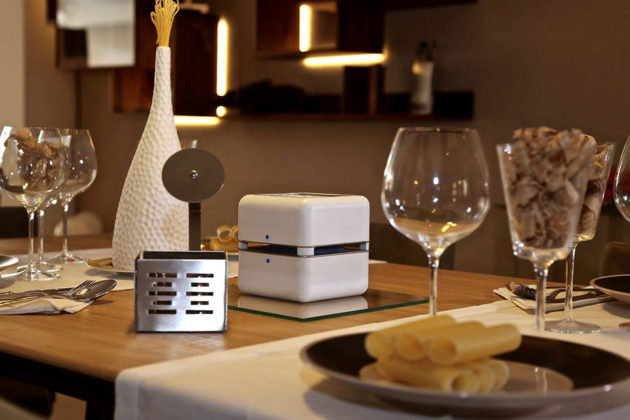 In a way, Geizeer is a very portable, standalone air conditioner unit, but it consumes a tiny amount of energy as supplied by its rechargeable battery pack built into it. Looking like a classy work of art in a cube form, the Geizeer is made out of wood to leverage on wood’s natural thermal insulating property and on the inside, it is where you will find a removable cooling element. There are no harmful gases here; the cooling element is actually an ice pack which you pre-cooled by leaving it in the freezer. Once placed inside the cube and turned on, a fan powered by a brushless motor, draws air from the top and dispel the cooled air through the sides of the cube. 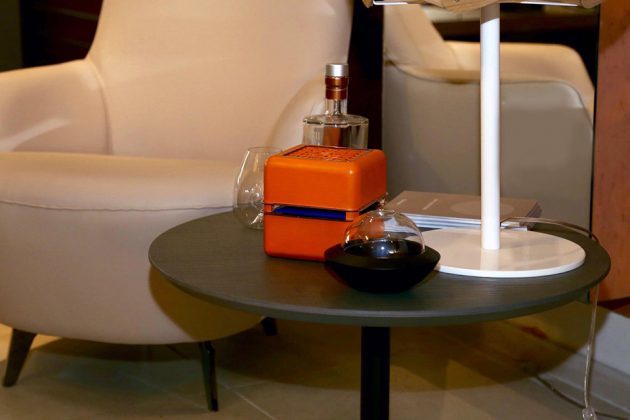 Its creators said a single cube is good for cooling around 12 square meters (130 square feet) of area. The purpose-designed ice pack is where you will find space to insert diffusers of your choice so that not only will you get cooled air, but you can choose to make the room smell, sneaky fresh. But the real draw here is cost saving; it is said that using Geizeer only contributes about a cent of economic consumption, which kind of makes sense since the freezer is always running and it takes next to nothing to chill the pack required for this purpose.

The onboard rechargeable battery pack is good for seven hours and is rechargeable via micro USB cable and the brushless DC fan has a pretty impressive lifespan of over 50,000 hours. The cost of running and the potential cool has certainly attract a lot of attention, and so, not surprisingly, the duo’s Kickstarter campaign has received its fair share of love. With the campaign nearing the end, the Geizeer Eco-friendly Portable Air Conditioner is already funded, backed by no less than 1,200 folks who are eager to chill out to a cube. Speaking of which, you are up for it, you can join the chill by backing the campaign for 85 euros or more (about US$96). Estimated delivery is expected to happen sometime in September 2016.