More famously known for creating an accurate Iron Man suit James Bruton AKA XRobots has, by the request of his daytime job’s boss at Bladez Toyz, create something that‘s rather intriguing. James was asked if he would like to take up the challenge of upsizing the Hot Wheels Drone Racerz Car which the company is promoting and not surprisingly, he took it up with gusto. A few weeks on, the 25 times larger version of the remote control toy was born. It looks exactly like the real deal, right down to the remote control. It even has a titling drone upper section, powered by a separate motor, which will give it the edge in speed just like the actual toy version. 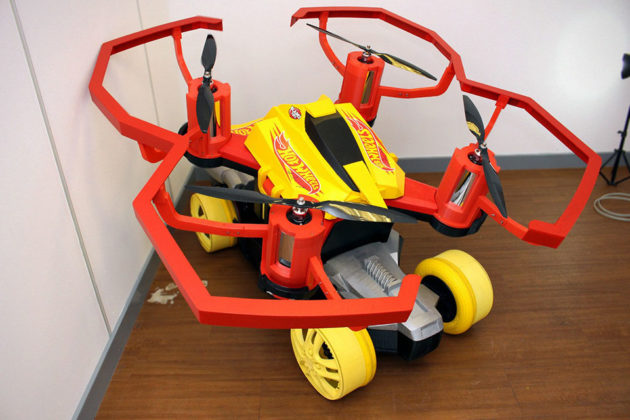 However, it is not known if the drone upper is detachable like it was on the toy. My guess is, not. It will be a tad too complicated to scale up that particular feature. I might be wrong though. In the video which you will find below, you can see the upsized Hot Wheels Drone Racerz Car being powered up. It looks rather dangerous if not for the rotor guards. Still, the upper side and the bottom of each rotor are exposed. This Hot Wheels Drone Racerz Car of giant proportion is made up of mainly plywood and 2020 aluminum extrusion, along with some 3D-printed parts and foam boards. 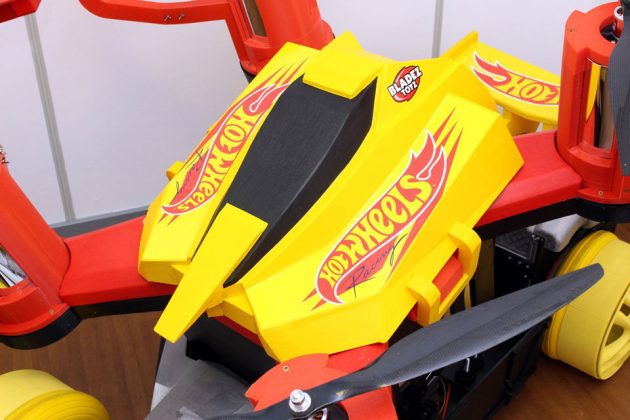 Bladez Toyz will be showing off the Giant Hot Wheels Drone Racerz Car by James Bruton on November 19 at Hamleys Parade 2017 (Hamleys Christmas Toy Parade) where it will be “driven” through Central London. So, if you in and around London, you may want to catch it in action and let us know if the drone section is detachable. In the mean time, catch the said video below. 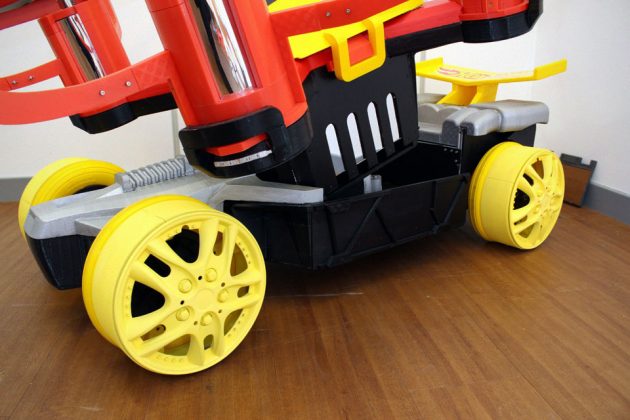