camping in the wilderness does not mean you have to settle for all-thing-roosted, well, not if you can lug along a BBQ grill, which don’t usually happen because it is cumbersome and no one wants to be responsible for the heft and on top of that, the time for BBQ also means it is the year’s driest season, which often opens the woods to the risk of fire. with the Grillo Folding BBQ Grill by Italian product design specialist Form Axiom, it solves all of the aforementioned problems, namely portability, weight and the risk of fire, by offering a lightweight and collapsible design for ease of transportation, and a unique design that keeps everything where it should be, so that burning bits and kindling won’t set the dry forest floor on fire. and as a boon for style-conscious campers, the Grillo is a real looker too. 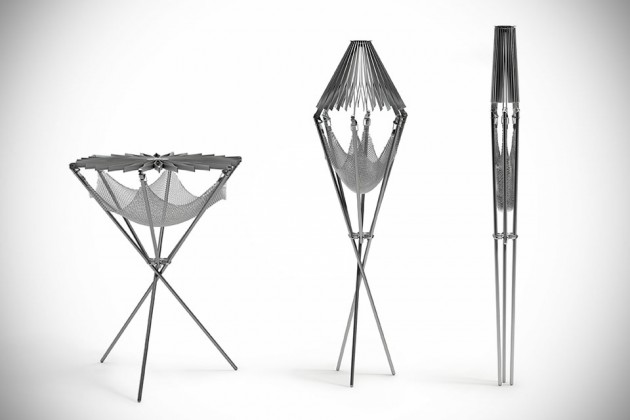 aesthetically, it looks a little medieval and yet at the same time, futuristic. for easy carrying and stowing, it is designed to close and open like an umbrella, allowing one single movement for deployment or collapsing. the hanging stainless steel, chainmail-like basket that holds the firewoods, also helps to promote combustion by allowing oxygen to pass through from below, while keeping stuff that kindles from falling onto the ground. as nice as it is, the Grillo Folding BBQ Grill is yet to be a reality. apparently, it is still in the pre-production stage and there is no knowing of when it will be available (or will it ever be available). 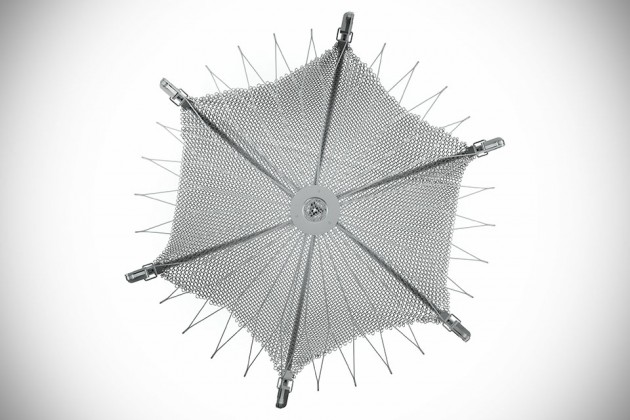 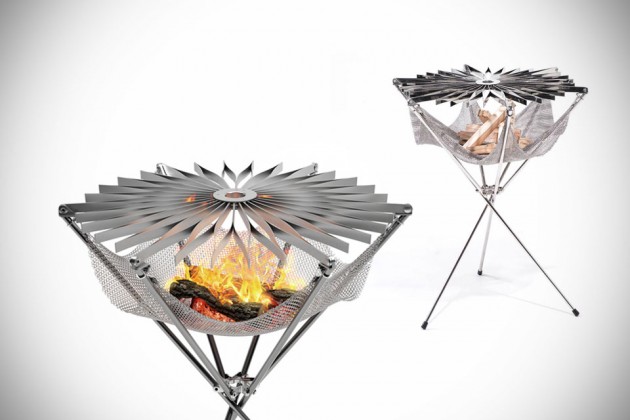 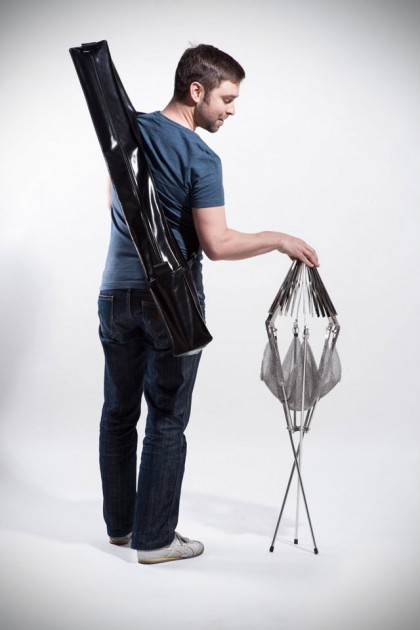