If you BBQ often, then you will know the pain when it comes to cleaning the grill. In this part of the world, we minimize the hassle by have a disposable layer of grill over the original grill, but that’s not quite the most environmental friendly solution. The best way is to clean with the good’ol brush, some muscle strength and hope for the best. Then, there’s risk too, like leaving balding bristles that, more often than not, leaves behind bristles which you ingest with the food in the next round of grilling. Not exactly fun, right? But Grillin And Chillin think they may have the ultimate solution to this BBQ age’s problem and it is called Grillinator. 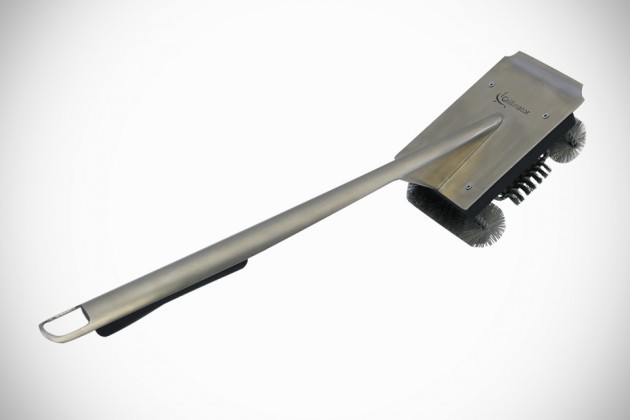 Claimed as “the world’s first BBQ grill brush that doesn’t completely suck,” Grillinator is a rather sophisticated take of a seemingly mundane cleaning tool. First off, it has a patent-pending design that comprises of a front and back spindle that gets between the grill while a perpendicularly positioned overlapping short bristles in the middle helps to wipe clean the top. So, instead of trying every angle of attack in attempt to clean both the top and between the grill, Grillinator does it in one fell swoop. Well, maybe not one, but you get the idea. 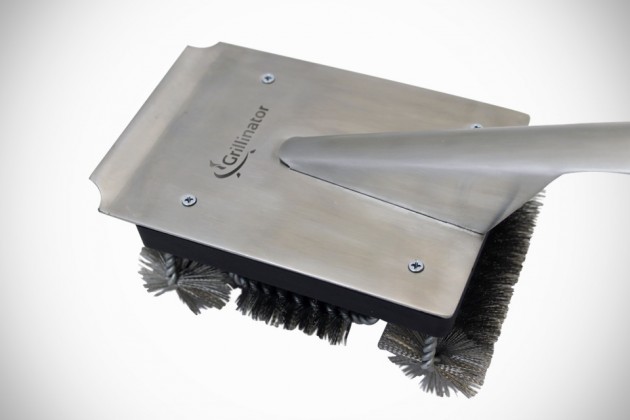 Moreover, the brush heads are designed to be robust, lasting up to 3 times longer over its competition and they are replaceable too, so you’d be doing the environment and wallet some good. As for the bristle balding woe, well, it won’t happen to Grillinator cos’ the bristles are securely bound by the stainless steel spindles, which will put an end to the garnishes of bristle in your next BBQ meal. Rounding up the robust package is a stainless steel reinforced shaft, complete with a contoured rubberized grip, that won’t threaten to giveaway when pushes hard and there’s even a loop for hanging that doubles as a handy bottle opener.

If you are convinced that Grillin And Chillin’s creation is the answer to your grill-cleaning woe, then you may want to consider doing over 250 backers in pre-ordering this innovative grill cleaning brush. And the price? 35 bucks is all it takes. Yes. It is not cheap, but it is not plastic with bristles stuck to it either and from what we gathered, it might very well be the last grill cleaning brush you ever buy. 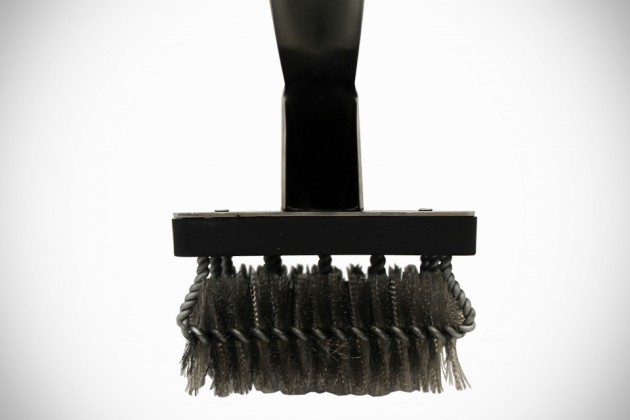 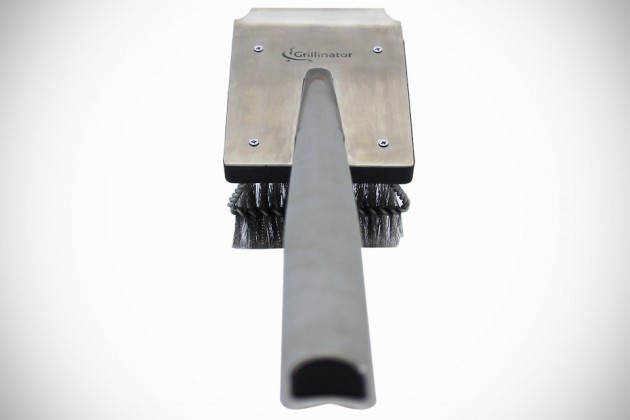