Whether you have yearned for a cellar or have to desire to reduce your electricity consumption, we think the Groundfridge will be an excellent fit. Designed by Weltevree, a Dutch design company, this ball-and-tube shaped refrigerator is designed to be buried partway into the ground and leverages on the stable ground temperature to keep your produce chill without the need for electricity (though, it does have lighting within). In essence, Groundfridge is a modern take of the traditional root cellar, but saves you the hassle of major construction. 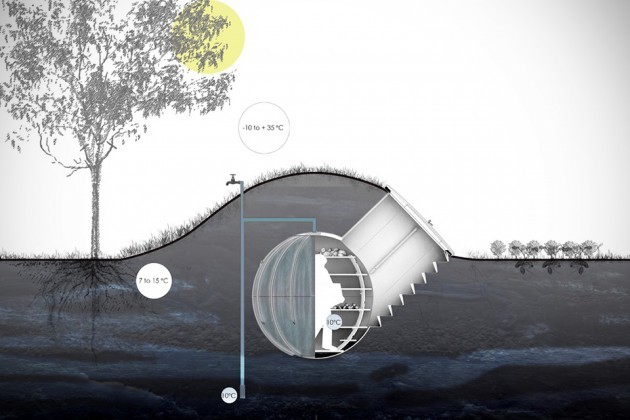 The entire thing is of a single unit and comes complete with shelving system, stairway and handrail, and of course, a door to lock in the temperature, as well as to keep unwanted wild guests out. Groundfridge was aimed at folks who “choose to live in a modern and self-sustaining way” and providing “new world citizens who want to handle their food in an autonomous, independent way.” In other words, it is for those who strives to live in a sustainable way of life by growing their own produced. Well, I guess this could be a good fit for the folks in The Village, eh? 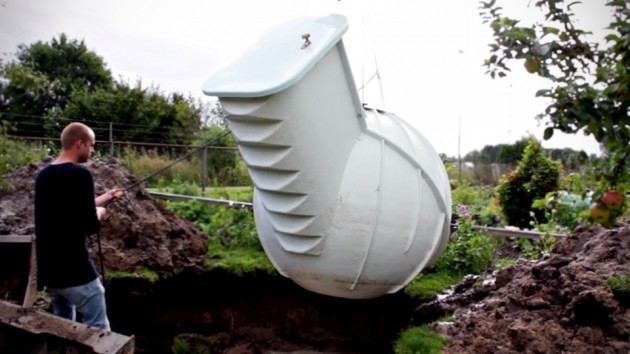 Made of hand-laminated polyester, this 300 kg, 228 cm diameter (660 lbs, 7’ 5 49/64”) fridge is placed in a shallow hole in the ground and covered with the excavated earth to a thickness of around 1 meter (3.3’). This thick soil wall acts as an insulation for the fridge which, along with the cooling effect of groundwater, affords a stable year-round temperature of between 10 and 12oC, or 50 and 53.6oF (at least that’s the case in The Netherlands), which is supposed to be the ideal temperature for produce like fruits, vegetables, cheese and wine. And oh, apparently, it needs no building permit since it is technically being placed on the ground (again, at least that’s true in The Netherlands) and the displaced soil needs no disposal since it is being used to cover the fridge. 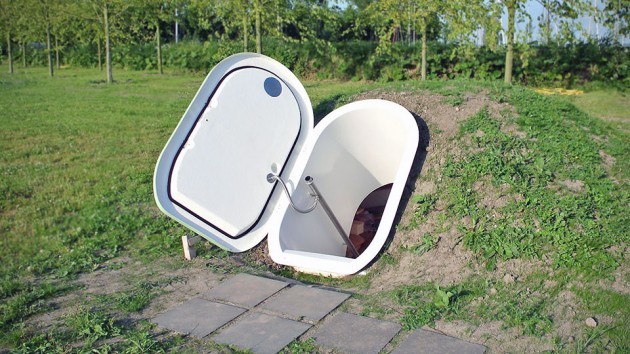 While the designer see it as a sustainable way of living, we see it as a good addition to your survival setup in your own backyard. However, survival setup or just sustainable way of living, it is going to cost a fair bit, or at least €7,450 (or around US$8,276) to be exact. At this point, Weltevree is making Groundfridge available in The Netherlands and Belgium, but folks from the rest of the world need not fret cos’ the Dutch company is working to make this (partial) underground refrigerator available Internationally by end of this year. 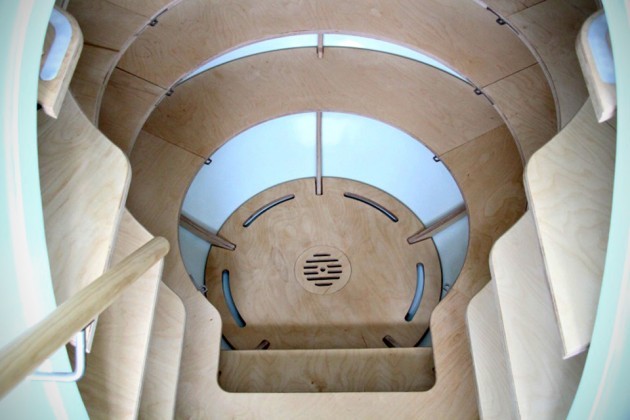