This is Guardbot, a rolling surveillance robot that could one day replace security guards. Officially called “Spherical Amphibious Robotic Vehicle Systems,” Guardbot is an all-terrain bot that you could think of it as a giant-ass Sphero with cameras stuck to its sides. As demoed in the video, this thing is pretty much unstoppable, capable of traversing any ground terrain, swim in water, and roll on snow and sand. One thing we foresee is obstacle, but the biggest being 7 feet in diameter, I guess most obstacles are really not an issue for this futuristic surveillance bot. 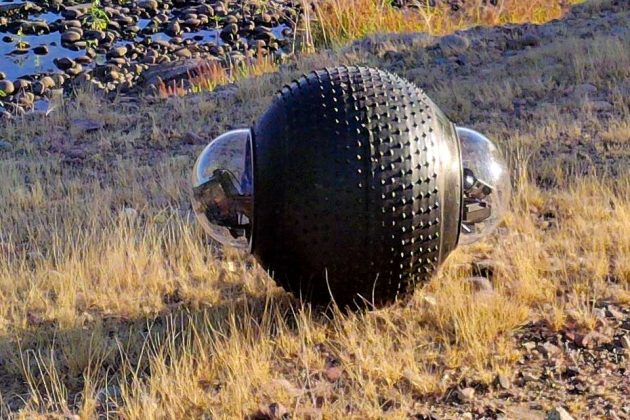 Speaking of size, it can be of variety of sizes, ranging from tiny 5 inches in diameter to as ginormous as 7 feet. Well, at 7 feet, it’d be able to chase down intruder like in Indiana Jones. Nah, just kidding. It probably can’t. But I am still curious if it could. It is quite a fast roller too, getting up to speeds of 9 miles an hour (14 km/h) on land and up to 3 miles an hour (4.8 km/h) on water. It, obviously, runs on battery which afford it up to 25 hours on a single charge. Along with the battery are robots/surveillance essential hardware like cameras (with some form stabilization technology, no doubt), GPS for navigation, as well as microphones to pick up environment sound. 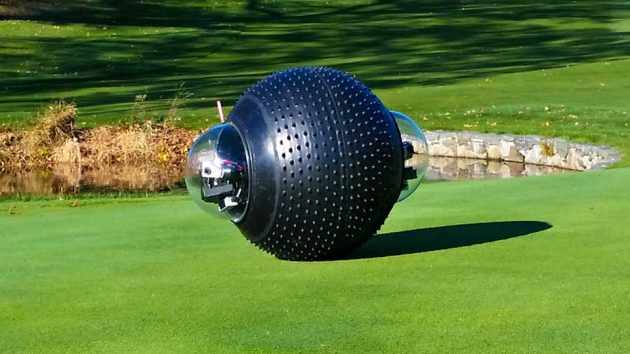 As you may have come to expect from such ‘bot, it can autonomous patrol a compound following a set of preset way points, or it can be remotely control from a huge distance through satellite. Potential applications include security patrols both on land and in water, various monitoring tasks, mobile live streaming platform, and military reconnaissance. The bot is currently under development, but when it is ready, expect Guardbot to cost as much as $100,000 per unit. 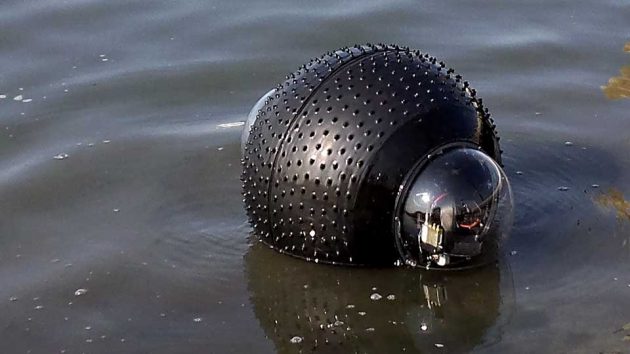 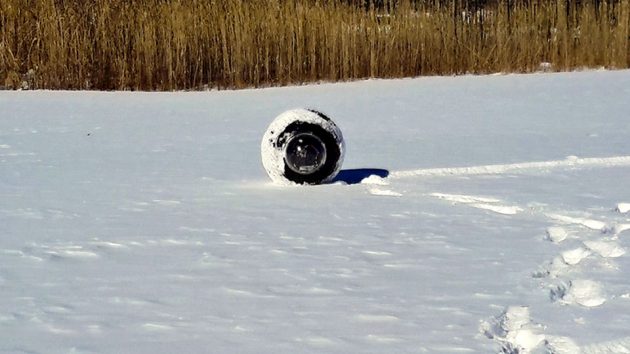