With the surge in popularity of Pokémon Go, folks and businesses alike wasted no time in cashing in on the craze. The Handmade Pokéball Power Bank by Magical Superstore is one such example. For 40 bucks, you will get yourself a portable battery disguised as the iconic Pokéball. Unlike the cartoon series’ Pokéball, which is designed to be thrown, this Pokéball is NOT. So, don’t go around throwing it, or even drop it. It won’t bring out your prized monster; it will only destroy, so don’t abuse this ball. Also it appears to be quite a handful, which means it is not exactly easy to handle when you are in the midst of capturing those adorable monsters. 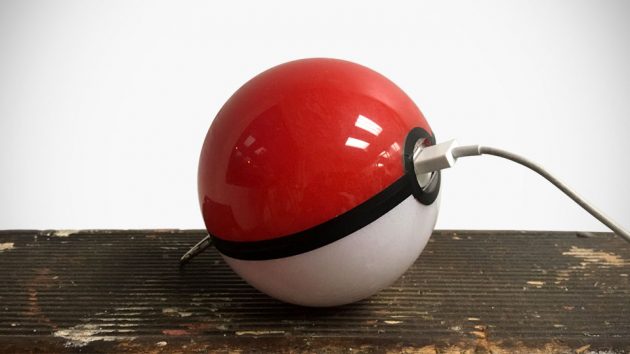 However, its creator, who initially crafted one for his own game of Pokémon Go, has included a clasp so that it can be attached to your belt loop or backpack so it can function without being a liability. In any case, a ball is a ball, if it is being handled, there is risk of it slipping off, but if style and completeness as far as gaming experience is concern are your priority then, perhaps it is not a bad way to spend your hard earned 40 dollars.

It has a quite a decent battery packed inside to ensure your device gets up to 3 times of revival. Charging is through a USB port capable of drawing the much-needed juice from the 5,300 mAh cells at 2.1A, which means charging speed should be pretty decent, and there’s a LED indicator to let you in on the charging status. The entire thing is handcrafted in San Francisco. 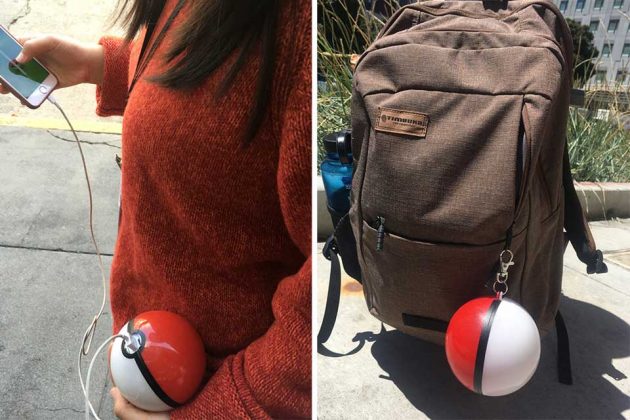