With the creator of the cult anime series Evangelion co-directing the upcoming Japanese Summer blockbuster, Shin Godzilla (aka Godzilla Resurgence), it is only a matter of time we see the legendary kaiju go up against the giant bio-machine mecha, Evangelion. But before that ever happen (not that it will, btw), we stumbled upon a rather unholy matrimony between these two creatures to result in the Godzilla x Evangelion Action Figure by X-Plus Toys, which was unveiled at the Wonder Festival 2016 on July 24 at the Makuhari Messe in Chiba-city, Japan. 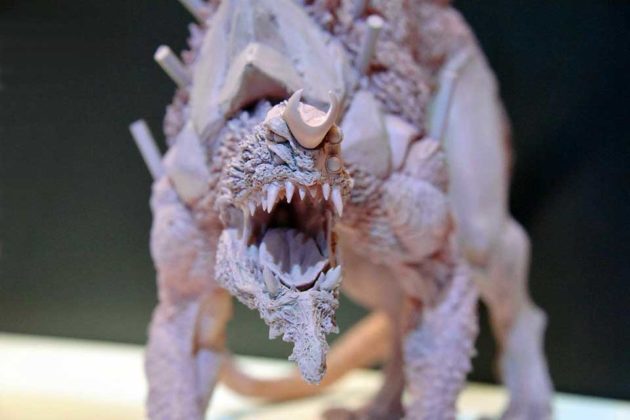 The two action figures revealed were based on Evangelion Unit-02’s “Beast Mode” and Toho’s Godzilla and aptly referred to as “Unit Beast G Mode” where G, presumably, denotes it as Godzilla. Little information was available, but from what we have gathered so far, the one on all fours is Eva G awakening form and the biped version would be a 30 cm (12-inch) tall Unit Beast ‘G’ Mode. Though we doubt there’s a relation between the two figures. In any case, both Gojira is drastically different from what a Godzilla would be. The EvaGoji figures sport slender limbs that resembles those of an Eva and the arms are definitely significantly longer than those of Godzilla’s.

If I read correctly, the information plague next the figures indicated that pre-order will commence soon and they will be available through Bandai and Evangelion Store. Though pricing information is not being offered at this point.

NOW READ  LEGO Sent A LEGO Set Into Space, Again, This Time It Was The LEGO Ideas International Space Station 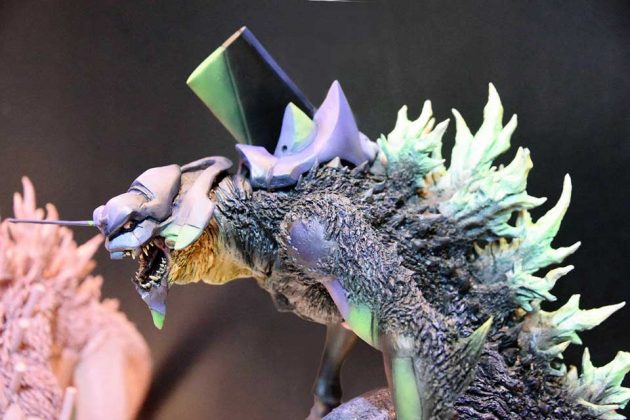 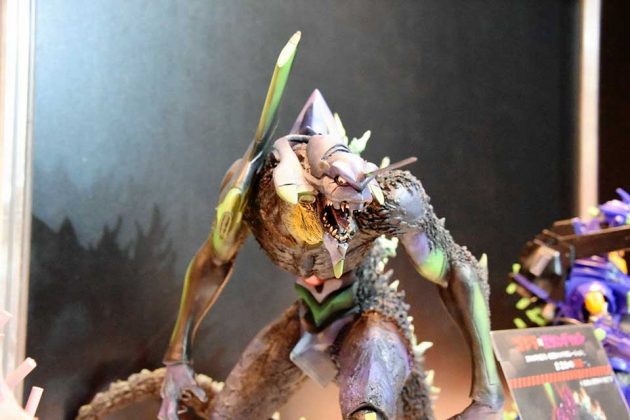 Source and images via Gigazine