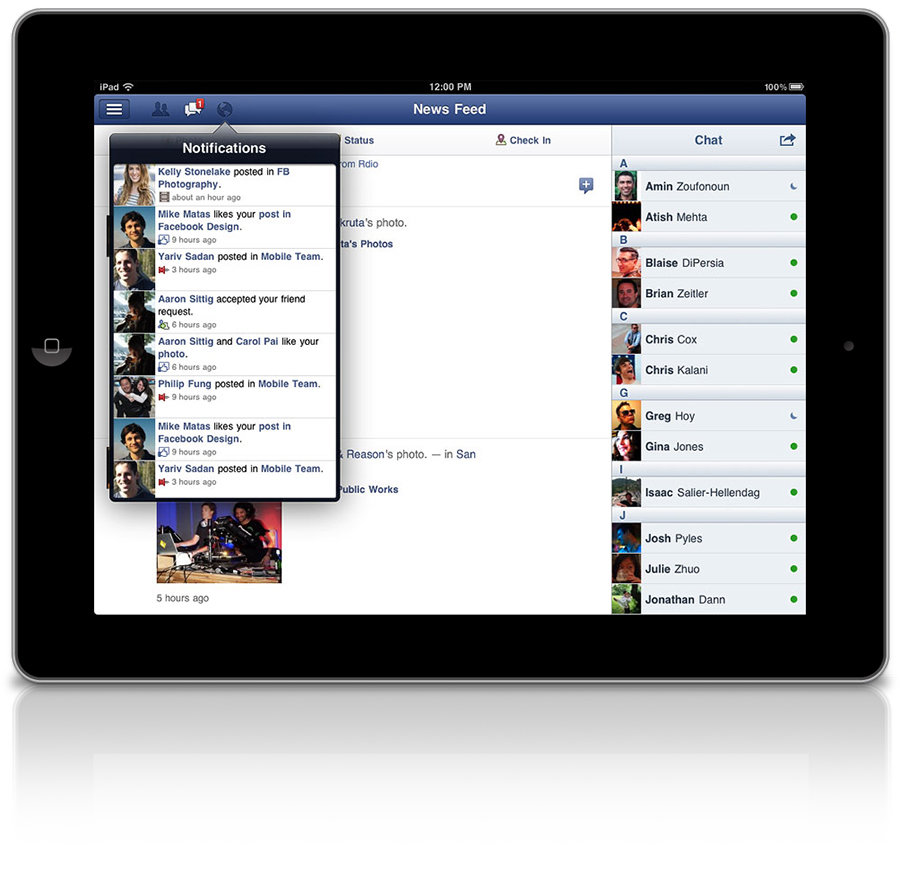 ever since the first generation iPad came into the market, i have been waiting for the official Facebook app for it. i guess my wait has just ended this week when Facebook officially (and finally) announced its Facebook App for iPad. being the official app for the world’s most used social networking site, it is natural for the app to be fully optimized for iPad, which include the use of multitouch functionality to navigate the social networking site. that means, you can now use pinch to zoom, swiping and tap action to navigates through your Facebook. additionally, photos are larger and of higher resolution, and flipping though the photos is akin to flipping through a real photo album. oh, for Facebook gaming fanatics, you’d be glad to know that you can also play your favorite Facebook games on your iPad. apart from the aforementioned features, user can do their usual stuff like sending of messages, check your notifications and check out your friends’ page et cetera. for an iPad and Facebook user, this is definitely a welcoming news. the Facebook app for iPad is available for download from the iTunes store now.
[ad#Google Adsense-text-468×60]