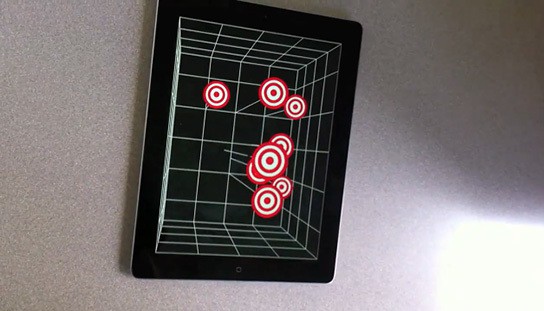 [quote style=”boxed”]we track the head of the user with the front facing camera in order to create a glasses-free monocular 3D display. such spatially-aware mobile display enables to improve the possibilities of interaction. it does not user the accelerometers and relies only on the front camera.[/quote]

Jeremie Francone and Laurence Nigay cited inspirations from work of Johnny Lee with a Wii remote. whatever their inspirations are, it is still awesome and because we think 3D glasses is not cool!
[ad#Google Adsense-text-468×60]