Toyota Yaris is all youthful and fun, but it is never a ride closely associated with high performance and that’s probably because it isn’t, or at least it never is in most parts of the world that gets this cute little hatch from Toyota. However, in Europe, 2017 Toyota Yaris may not as tame as we believe it to be and rightfully, it shouldn’t be tame at all since it already has developed a race homologation Yaris destined for 2017 World Rally Championships. Sitting in between the super hot Toyota’s WRC contender, the 375 horsepower 2017 Yaris WRC and a regular 106 horsepower Yaris, is a high performance derivative that has 207 horses (210 DIN hp) packed under the hood. 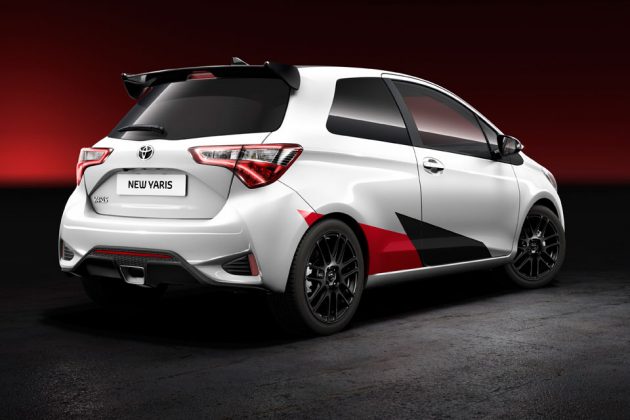 In addition to a near-double horsepower over the much docile model, it will also boast go-fast and functional sporty styling elements, including a rudimentary roof spoiler, along with styling elements found on the face-lifted 2017 Yaris, which include a new front face, a new rear still and a modernized interior. Further details are not disclosed, but for now, it seems that this more delightful performance model is destined for EU market, which further reinforce our suspicion that it is a ride intended to vie for a piece of the hot hatch pie with Golf GTI and the likes.