The Lexus Sport Yacht Concept you see here may not be as wild as the spacecraft the Japanese luxury automaker dreamed up for Luc Besson’s sci-fi movie, Valerian and City of a Thousand Planets, it is at least, more down to earth. Nearly two years in the development, Lexus Sport Yacht Concept is the brainchild of Lexus Marine Department and it was a bespoke one-off project with no production intent. This particular example, a running proof-of-concept, was unveiled at Di Lido Island on Biscayne Bay, Miami Beach, Florida, last week. 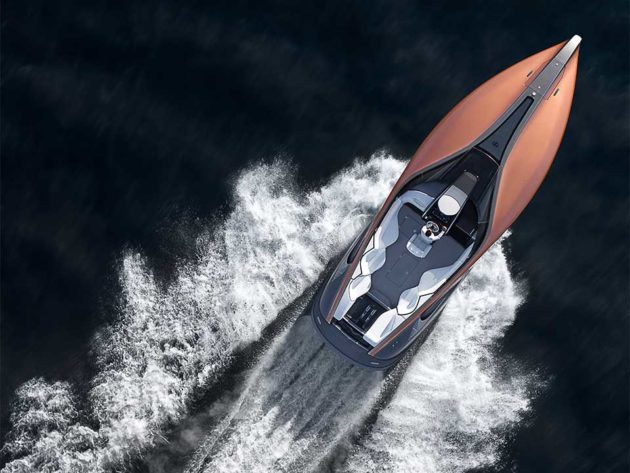 Powered by a pair of Lexus 5L V8 motors, which grant this exotic seafaring Lexus with 885 horsepower to enable the CFRP hulled, 42-foot open sport yacht to pull a smooth 49 mph (43 knots) on the water. Designed with recreational day-touring in mind for up to 8 guests, the clever use of CFRP hull has saved the boats nearly 2,200 pounds in weight as compared to traditional FRP. This factor, together with an underwater hull design that is stepped to reduce resistance, affords the craft to achieve improved handling at high speeds, said Lexus. 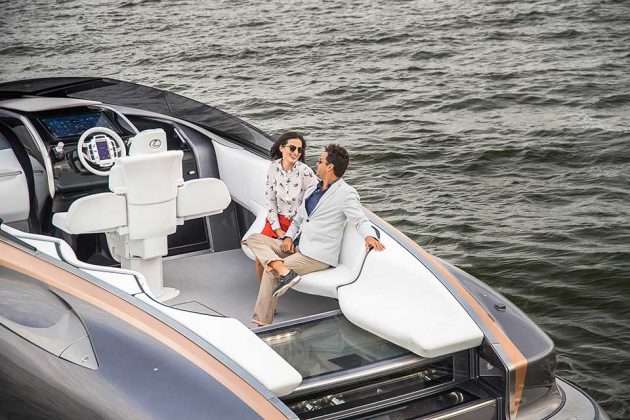 Being a Lexus, the boat is, naturally, well appointed and kitted out. Through a single touchscreen display, the captain is able to control and monitor all onboard systems, be it GPS navigation, digital charts, surface radar, underwater sonar or lighting and entertainment systems. The captain is also treated to a power adjustable throne which features armrests that can be folded out, turning into jump seats for special guests. Expect a lot of leather, wood and glass elements in the interior, as well as amenities, such as a two-burner stove, sink, bar fridge, shower et cetera that will ensure guests have a comfortable time when out on the open water. 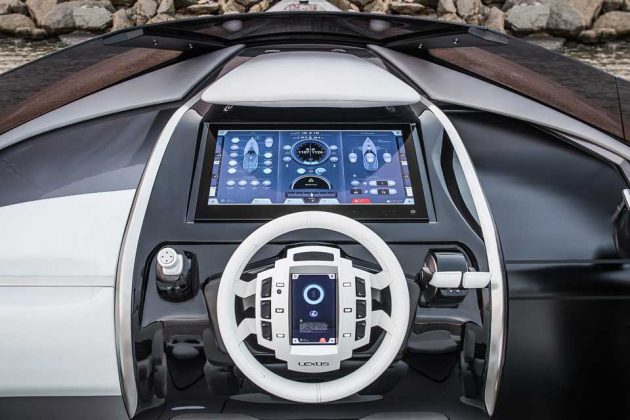 It is crazy that Lexus poured in time and money for a functional boat, but yet have not intention of producing it. We have no idea why. Perhaps, it is a show of it is engine capability which, in this case, happens to be the 2UR-GSE that powers the Lexus RC F coupe, the GS F sport sedan and the new LC 5000 grand tourer. If that’s the case, wouldn’t that be like using a 150mm gun to shoot a fly? hmmm… Anyways, keep going to catch Lexus yacht in action.