Commercial solution to rogue drones are becoming more common today, but you can’t say the same for consumers who face similar pesky problem. Granted, consumers’ issues with drones buzzing around are more like annoyance (think houseflies) and privacy than anything else. That being said, if these errand drones spook you, then I guess you have the right to do something about it when it gets within your backyard. Depending on where you are located, you have several options and the Homemade Drone Catcher by Made it Extreme is one of them. 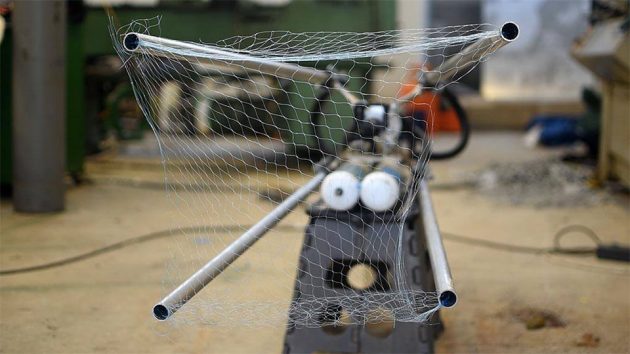 TBH, I don’t think this “Homemade Drone Catcher” really qualifies as a “homemade”, unless your home happens to be a small workshop because you will need more than Dremel or hobby-grade tools to put one together (and a whole lot of time). In fact, we are talking about welding equipment, lathe and milling machines. But that does not take away its awesomeness. I mean, just look at this thing; it looks like it could a ‘weapon’ deployed by the military to take down close flying drones intruding into the perimeter of restricted facilities. 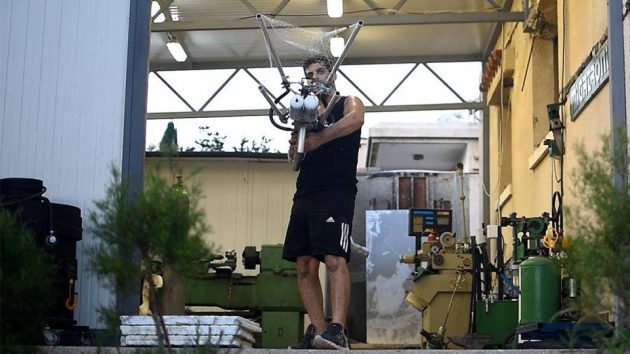 Using compressed air, this four-barrel contraption is designed to shoot four projectiles simultaneously. The four projectiles are linked together by a net which will form the catchment to bring down a drone. It works somewhat similar to the commercial Bazooka-style anti-drone system from OpenWorks, but I am guessing it won’t have the same range and level of sophistication in terms of tracking. Like I said, it should be a fun project if you have the time, money and a small workshop. See the entire build in the video embedded below.