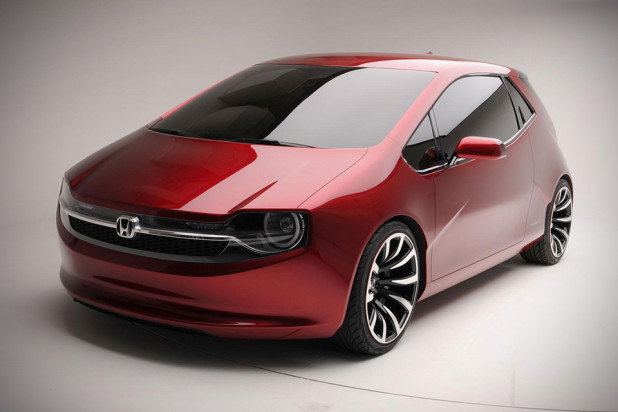 if you thought Acura has stolen the lime light from its mothership at the recent Detroit Auto Show, then perhaps the Honda Gear Concept Study Model should do the core brand a wee bit of justice. we know it is just one car but that’s enough for us cos’ the Gear is looking so damn sexy that we each want to have one now and we do really mean now. the LA studio designed Gear graces the show floor of the Montreal International Auto Show (January 18 to 27, 2013) and according to the Japanese automaker, it is aimed squarely at young (ok, we are out of that demographic. sad), trendy, Gen-Y-ers. the vehicle is said to draw its inspiration from fixed-gear bicycles and is set to change our way we look at subcompact vehicle. how exactly Honda plans to do that remains to be seen. speaking of which, nothing was made known beyond its intended target market (we reiterate: not at us) and just exactly how this vehicle correlates to a fixed-speed bike are beyond our sparse knowledge but nonetheless, we are totally captivated by its alluring beauty that somehow reminiscences of a cross between a VW Golf and a Fiat Punto, plus a dash of Pagani Zonda. actually, the last part only came about with its Pagani-like quad exhaust, which in our humble opinion, was quite a show stopper. we have nothing more to tell but more to show, so scroll down and keep your eyes and sense awed with some imageries of this little subcompact beauty.

via Autoblog via Jalopnik

NOW READ  Kyocera Moeye Autonomous Vehicle: It's All About The In-car Experience!