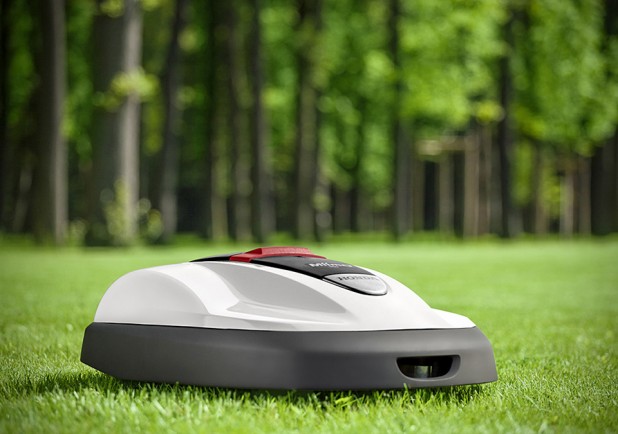 impressed by Honda’s ASIMO robot? too bad you can’t own one to wait on you but come 2013, another Honda robot, the Miimo, will be serving the folks in Europe with one specialized chore: lawn mowing. yes, you heard that right. Honda is ready to make its robotic lawn mower commercially available to anyone who is willing to pay the price. apart from its obvious sleek low-profile lines, the Miimo is packed with features that you expect from a modern day robotic lawn mower including operation within a boundary wire, 360-degree ‘bump’ sensors for obstacle detection, and lift sensors that shuts down the robot completely when the unit is lifted – after which, a PIN authentication is required for reactivating the unit. the latter feature is designed to render the machine useless in event of theft. however, the robot isn’t just all brawl without intelligence: it will cut 2-3mm of the grass on each pass and doing it several times each week in random patterns. according to Honda, by doing so will reduce the stress on the grass and result in healthier growth, as well as reduced moss and weeds.

keeping the Miimo juiced is a lithium-ion battery which is being constantly monitored and when it senses that it is low on battery, it automatically returns to its docking station. additionally, the robot has a built-in fan that draws the grass towards the blades, ensuring a superior and consistent cut. it is totally capable of ascending slope and when it detects thick patches or long growth, it will automatically reduces its wheel speed while maintaining the blade speed to deal with the tougher patches more effectively. other features include durable blades that bend on impact as oppose to breaking, adjustable cutting height of between 20mm and 60mm, and three modes of operations (random, directional, and mixed). the Honda Miimo will be available in two models at launch: the Miimo 300 and Miimo 500, offering maximum perimeter cut of 300m and 500m, respectively. the Honda Miimo is expected to reach the European market in early 2013, though pricing is yet to be confirmed. more look after the break.