the Honda CR-Z Sport Hybrid Coupe is actually a pretty nice looking car, but it is a hybrid, which is not exactly the image most dude wants and in addition to that, the 130 horses and 140 lb-ft of torque it has under the hood didn’t quite help to make things any better. in short, the sporty image it has doesn’t match up to its performance. well, it’s more like, if i dare say, a poser car. harsh truth. apparently, the Japanese automaker seems to understand this (which they probably thought it as the reason for the less than spectacular sales) and had Honda Performance Develop (HPD) developed a supercharger kit specifically for the Honda CR-Z to boast its performance. 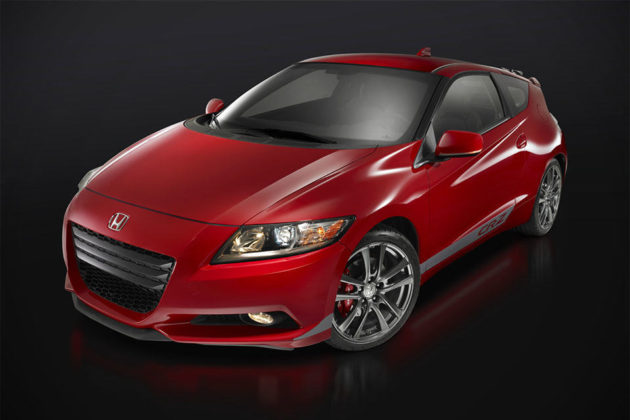 the force induction kit promised to add 40 hp and 36 lb-ft of torque to the 1.5-liter four-cylinder, bringing it to a more exhilarating 197 horsepower and 176 lb-ft of torque. for an extra $5,495, not including dealer installation, the supercharger kit will also comes with high-flow injectors, an air-to-air intercooler, a new air filter and a re-tuned ECU to match the new found power and torque. there is a caveat though. the supercharger kit is only for 2013 and 2014 models with manual gearbox. so CVT owners have to look elsewhere, but if you do so, do keep in mind of the warranty, which you will inadvertently void. however, the official kit, if installed by Honda dealers, will maintain the balance of your 5 year/60,000 miles Honda limited powertrain warranty.

NOW READ  Ever Dreamed Of Taking Your Porsche 911 Into The Desert? Well, Now You Can!

the Honda Supercharger Kit for CR-Z Sport Hybrid Coupe marks the first time HPD is offering an aftermarket supercharger kit, which should be a welcome to news to CR-Z owner or buyers who are still on the fence. HPD is also offering an optional limited slip differential (LSD) and HPD sport clutch for those who want to take things to the next level. hit up HPD website for a list of official HPD stuff you can purchase to trick out your CR-Z Hybrid.