You know how some sci-fi depicts virtual reality? They simply put on a goggle and the actor magically appears in a VR world, but in reality, you will need more than just a goggle. Sure, it can be done, powered by a smartphone, but it is going to need more crunching power than a pocket-size computer if one wants to experience the real benefit of VR. This means, rigging the wearer to a real computer. While I suppose we are fine with that, it does mean cumbersome setup and tripping over cables are part of the deal. Well, not if HP can help. We heard the computer giant is developing something exciting. Something that will cut the cords, or at least minimize them, so you will get the best of both worlds: Virtual Reality and untethered. 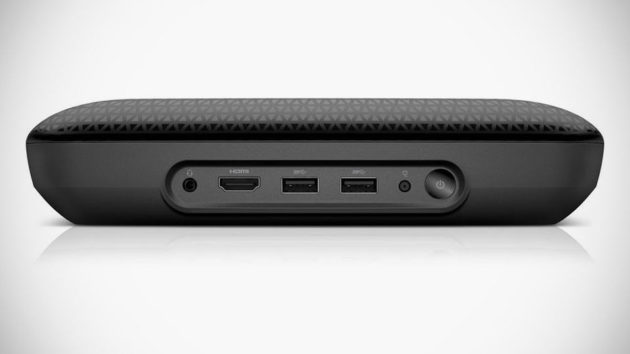 The device comes in a slim profile backpack (a hard shell backpack of sort) and within, it packs stuff like Intel Core i5 or i7 processor, up to 32GB RAM, plus all the necessary evils such as graphics card, cooling fans and whatnot. The details are a little vague at this point, but one thing for sure, if HP has its way, it is going to push VR gaming several notches up the chart and into the future. Anywho, the super sleek backpack is said to weigh not much heavier than a large-size gaming laptop – around 10 lbs or less and will be fully outfitted to dispel heat generated by this PC-on-your-back. The idea is to let VR headset wearers of say, Oculus Rift, to plug directly into the PC backpack and experience VR without being tethered to a desktop, or risk tripping over cables.

In a way, HP’s vision is to put a VR-ready laptop on your pack so your VR experience is pretty much standalone. If only they could shrink it further, then it will be totally futuristic, but I guess for now, it looks like this yet-to-be-named HP backpack is the future, or at least, near future of virtual reality until we could shrink computer as powerful into the size that fits Batman’s utility belt.