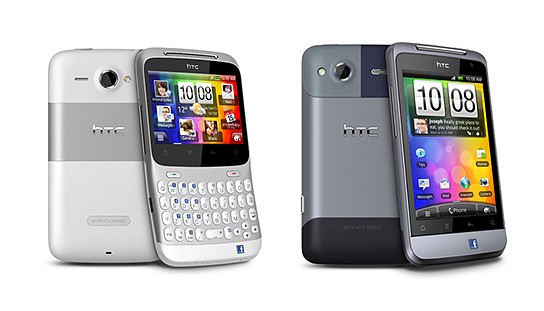 Facebook addicts, rejoice! the long speculated HTC Facebook-centric phone has been unveiled during the Mobile World Congress in Barcelona. it turns out that HTC has not just one but two phones catering to the Facebook generation. the two phones, HTC ChaCha and HTC Salsa has Facebook integrated into HTC’s proprietary touch interface, HTC Sense. both phone has a dedicated Facebook button which allows for one touch access to the key functions of the Facebook service.

as you would have imagined, the one-touch button allows you to update your status, upload a photo, share a website, lets others know what song you are listening in. all these sharing happens intuitively which means if you are currently listening to a song, upon touching the Facebook button, the track that you’re listening to would be automatically identified and shared on your Facebook. the dedicated Facebook button is just the tip of the iceberg. being a social-centric phone, or in this case Facebook-centric phone, everything else is integrated with Facebook.

for example, when making a call to a friend, you will find the dialer screen displaying information such as your friend’s status, photos and even your’s birthday. these same information will be displayed when you receive a call from a Facebook friend. this is (almost) literally, information at your finger tips. it doesn’t stop there, Facebook-manias can also further personalize their handsets with a number of new Facebook-branded widgets. on the messaging front, your Facebook messages and conversations now appears within your text and email inboxes alongside your regular conversations. think of it as a unify inbox of sort. though HTC never declared explicitly, the reason for two phones is clear: to cater to both touchscreen and physical QWERTY keyboard users. on the marketing standpoint, HTC has it covered.

on the hardware end, ChaCha spots an unique tilt design separating its 2.6-inch, 480 x 320 resolution screen from the physical QWERTY keyboard which is said to give user an easier view and comfortable type position. imaging for ChaCha consists of dual cameras, including a 5-megapixel color camera with auto focus and LED flash, and a VGA front-facing camera. on the other hand, Salsa is touted to provide “a fast, high performance smartphone experience” and will spot a 3.4-inch, 480 x 320 resolution touchscreen display. it also has a dual cameras set-up with a 5-megapixel camera as the main camera and a VGA front-facing camera.

both HTC ChaCha and Salsa will run on the latest version of Android OS, the Android 2.3.3 aka Gingerbread. both phones will be available to EU and Asian markets sometime in the second quarter of 2011, with US getting them later this year exclusively with AT&T. 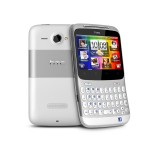 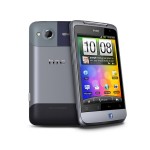