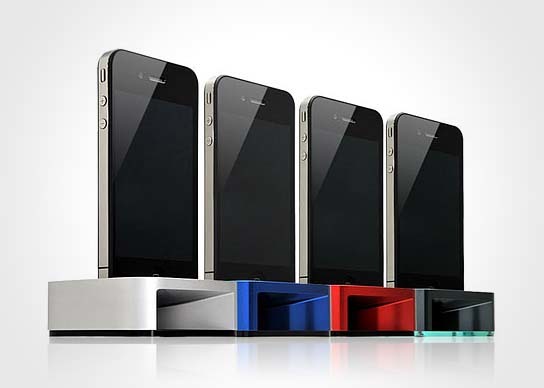 recently, there are more and more designers and manufacturers proposing the notion of sound amplification without power for iPhone and the latest to join this legion is iHorn mini from Century Japan. designed and made by Ikeda in Japan, the iHorn is crafted out of aluminum and touted to boost your iPhone sound by about 10dB – all done without the need for power. essentially, the iHorn performs a dual task – it amplifies your iPhone sound while doubling as a stand for your iPhone. like i have said, the concept is not new and there are quite a handful of such ‘power-free’ speaker around in the market but the iHorn looks rather promising as far as aesthetic goes. in addition, they are the only firm that actually gives a rough figure to its amplification. the iHorn is set to retail for around ¥14,000 (about US$173), however, there is no word about its availability outside of Japan.
[ad#Google Adsense-text-468×60]