When designers are cracking their brains for space-saving furniture, they probably need not look further than typical urban tiny spaces. But as it turns out, tiny spaces aren’t enough for Ikea. The Swedish furniture giant has sent some of the company’s designers to live inside the Mars simulator, so they’d have the first hand understanding of space constrain (pun not intended). And we are not even joking. This is happening right now and it will last for a full week. 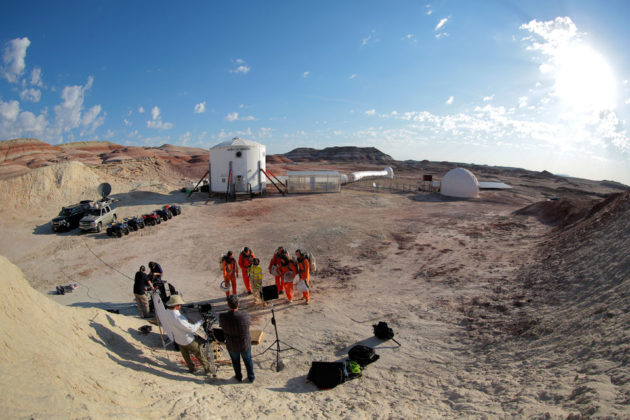 Like I said, you need not to be in ‘space’ environment to know small spaces, but I guess it is good to experience it. However, Ikea probably wants to get a taste of future living, so they could literally design space-age furniture. That said, Ikea is expected to “tap into what scientists and engineers learn from spaceflight to Mars, and apply the discovers to products and methods for everyday life at home, here on Earth.” The company is also quick to emphasize this collaboration with NASA and Master students from Lund University School of Industrial Design is not about Ikea going to Mars, but it is more to satisfy the company’s curiosity about life in space and the associated challenges and needs.

Ikea will also take this opportunity to see the habitat planned for Mars and explore how it can work with NASA “solve the interior of the Mats habitat” and with the ultimate aim of making former Earth folks feel at home on the red planet. Ah… so, the Swedish flatpack furniture specialist do have bigger plan… then again, it is hardly surprising, is it? And who knows? Come 20xx, Mars folks could be assembling flat-pack made-for-space Ikea furniture with a design that’s so last season by the time they get to Mars. But I guess our future Earthling-turned-Martian will be clueless anyways.