I am sure you remember the hilarity that ensue after Balenciaga pulled off an upmarket and obviously, very pricey, knockoff of Ikea’s iconic blue Frakta. Up to today, we are not quite sure if it was intentional, but based on one previous design, we are not at all surprise if it was an intentional copycat. We do not know if Ikea did take legal action, but it sure did poke fun at the French luxury fashion house’s tote bag and it was nothing short of hilarious. Don’t you just love Ikea’s sense of humor? Shortly after, the Internet joined in the fun with a bunch of iconic blue tote bag-based creative creations. I am sure those are purely for fun because some of them, though managed to put a smile our faces, looks rather comfortable to be use, or wear. 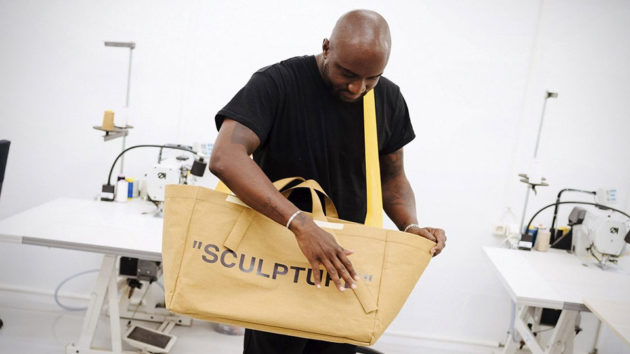 Anywho, we are not here to revisit this what could one of the most memorable events of 2017; we are here because there’s actually going to be an official upmarket Frakta bag. Rest assure this ‘upmarket’ take of the Frakta bag is not a blatant knockoff; in fact, it is an official collaboration between Milan-based fashion label Off-white and the Swedish furniture giant. Little is known about this bag at this point, but from what we have read, it should be a real product down the road. The only thing is nobody knows when or how much it will cost if it eventually becomes available.