Usually, when we talk about knock-off, the non-original product (or sometime, idea) is of something poorly made and cheaply priced, but that’s not what happen in the case of Balenciaga’s $2,145 Arena Extra-Large Shopper Tote Bag. So, you must asking: “who knock-off Balenciaga?” Well, the thing is, Balenciaga’s Arena appears to be the knock-off in this instant and it is kind of funny, because it looks way too similar to Ikea’s iconic Frakta tote bag (not the redesigned one though). Yes. You heard that right. Balenciaga’s luxury example looks like the trusty, big blue bag that you use to shop around in Ikea which you can also bring home for mere 99 cents.

Don’t believe? Have a closer look at the two products with this post. Yup. Welcome to the uncanny valley. I guess it is kind of Balenciaga’s thing these days. You know, like taking inspiration from cheap, everyday products and turning out something with uncanny resemblance but costing a lot more. I mean, I have no doubt in Balenciaga’s quality, but the way I look at it is, it is just inviting to be mocked and boy, mocked it did get. First, by the unforgiving Internet (naturally) and then by Ikea itself. And the latter is where hilarity ensues.

Ikea, with the help of Swedish creative agency ACNE, released an advert that humorously teaches folks to differentiate between the flatpack furniture giant’s original big blue bag and the French luxury fashion house’s very pricey “knock-off.” We are not mocking Balenciaga, btw. Balenciaga’s tote bag is in itself not the fun part; the humor is when Ikea sort of strikes back.

So, if you need something to brighten your day, this is it: 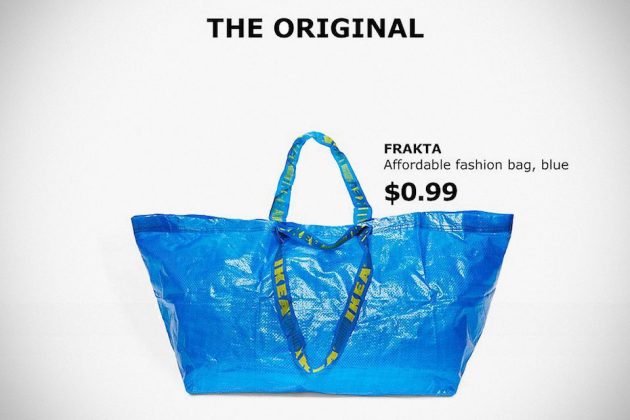 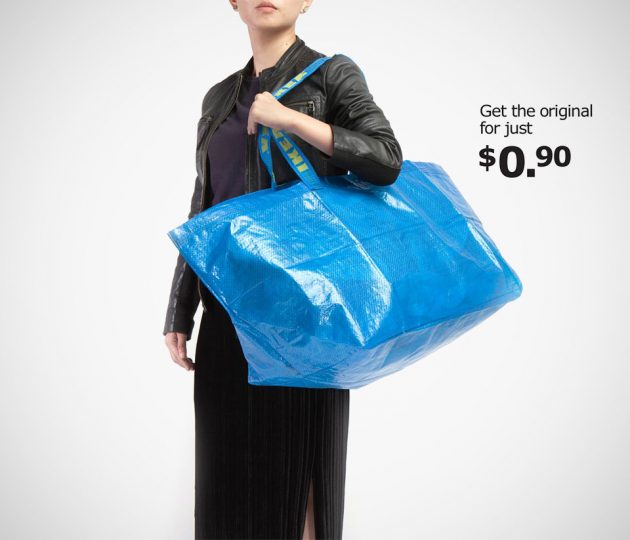 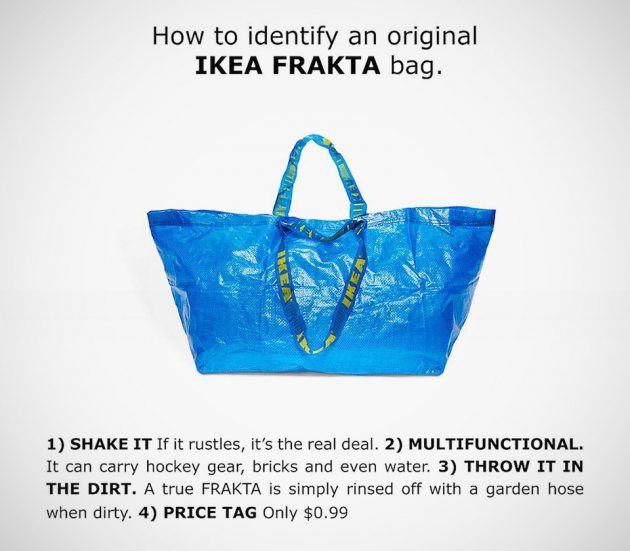