Don’t you just look forward to future? Even more so when some of those future, almost sci-fi stuff happens around now? Like for example, seeing in the dark without the aid of night vision optics or flashlight? It sure sounds like something pulled from pages of Marvel comics, doesn’t it? Actually, not quite, because night vision without hardware aid is a reality as proven by a group of independent scientists from Tehachapi, California known as Science for the Masses. Science for the Masses, who is 100 percent not affiliated with any academic institutions and government, has posted an open source research document on this experiment. 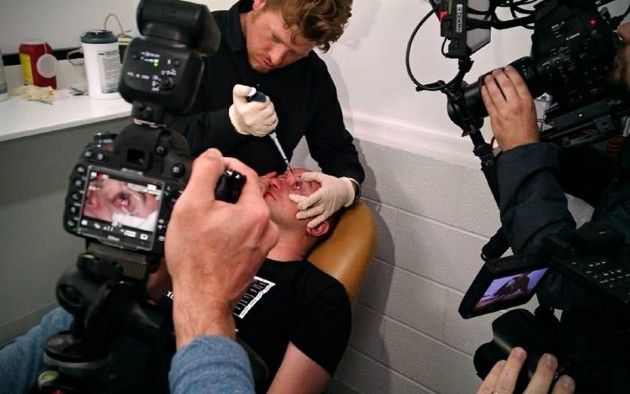 In this bold experiment, the test subject, biochemical researcher Gabriel Licina’s eyes were introduced to 50 microliters of Ce6 (Chlorin e6), a natural molecule that has light-intensifying properties. The Ce6 was administed to his eye’s conjunctival sack, which then directs it to the retinas. Ce6, btw, is also used for some cancer treatment, as well as use in treating night blindness. After an hour or so, Licina’s new found superpower kicks in, which the group then proceeds to carry out a controlled test where Licina was able to make out the shapes, in pitch dark environment, from a distance of 10 meters (33 feet). He was capable of discerning where the people was standing at 50 meters (164 feet) in the woods, even when they were up against a tree. 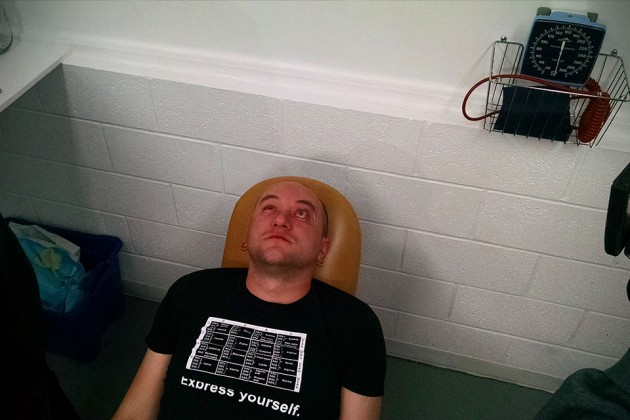 However, this superpower is temporary and according to the research document, it could last for an undefined number of hours, after which, the eyesight will return to normal the next day. So far, the result has been positive with the subject experiencing no noticeable ill effects. As far as the experiment is concerned, “the Ce6 subject identified the distant figures 100% of the time, with the controls showing a 33% identification rate.” While the first human test was a success, more tests will have to be done which will help them further understand the Ce6 workings on humans, including obtaining quantifiable number to the degree of amplification and such.

NOW READ  Do You Know, Howitzer Gun Suppressor AKA Silencer Was A Thing?

There is no doubt that the Ce6 has potential to enhance human’s night vision (welcome to the future, folks) for practical applications, but I do have a lingering question. I am assuming the pupils are coaxed to opener wider (I could be wrong) and if so, what will happen if someone shines a flashlight into the subject’s eyes? Will he experience what a night vision optic user typically experienced i.e. temporary blindness because the pupils couldn’t react quickly enough to the sudden flood of light? I ask because, I noticed cats’ pupils can react very quickly and therefore when a sudden flash of light lands on them, they won’t even blink an eye and as for dogs, their vision isn’t as superb in the night, but still they are unperturbed by blinding lights.

But we human certainly can’t do that; In fact, we will be scurrying to close our eyes or cover them when hit by flashlights in a dark environment. However, if Ce6 solution can temporary alters our eyesight to react as quickly as that of the cat’s, then I say that is a true leap in human vision. Though, night vision is probably not a priority of a commoner like me. I would rather have a miracle fluid that could cure myopia or hyperopia in a snap. 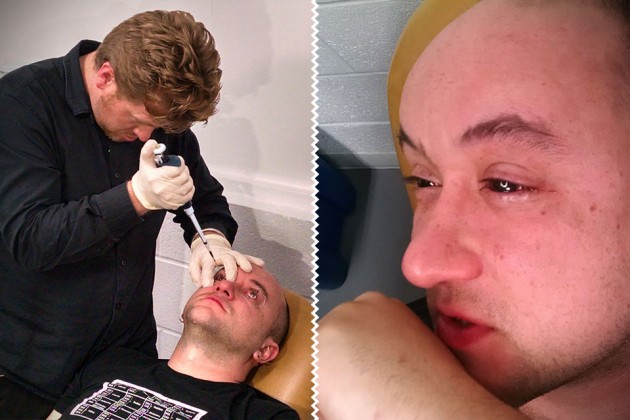