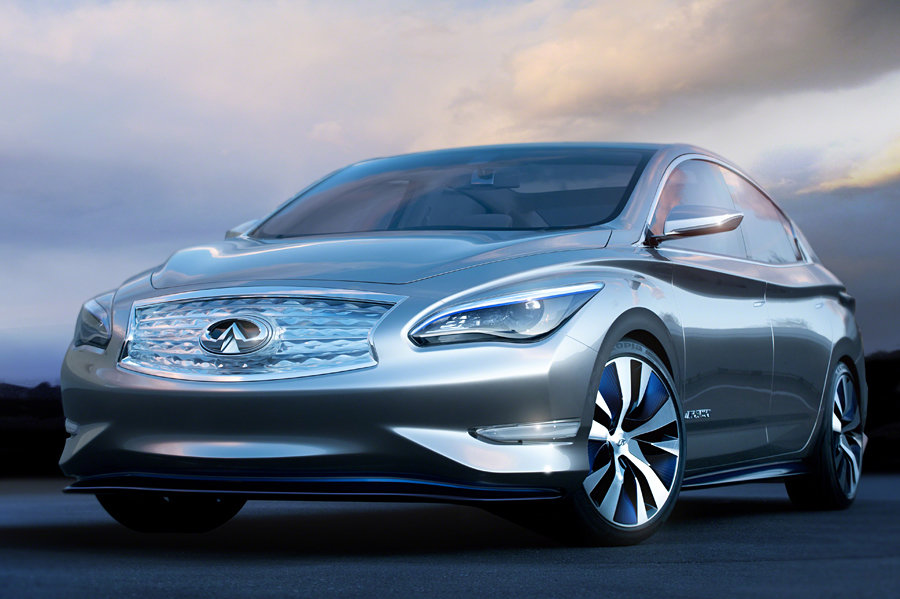 don’t you just hate it when we feature concepts that have price tags listed as ‘tba’? not a good sign cos’ it usually means it won’t happen, especially automobiles or even if they turned out to be a reality, they will not bear similar specifications as the concept had introduced. however, that will likely not be the case for the Infiniti LE Concept Zero Emission Luxury Sedan that broke cover at the New York International Auto Show (April 6-15 at Jacob Javits Center, NYC). according to Infinity, its first ever full electric vehicle is ‘a near-production version’ and apart from its alluring flowing lines, it will sport an advanced electric vehicle drivetrain and wireless charging system built-in. the latter, if it makes it to the production car, will be the first of its kind in the auto industry. other promises include leading edge compact lithium-ion battery technology, Intelligent Park Assist for guiding the vehicle precisely over the wireless charging pad, and next generation Infiniti Connection that includes Infiniti Personal Assistant and EV connected services. additionally, it will feature a next-gen instrumentation panel that combines EV meters’ modern digital display with timeless analog gauges, with the center cluster powered by an Intel Atom processor. also, expect plush luxurious treatment in the interior like bolstered seat wrapped in leather and suede-and-mesh fabrics. oh, it even has an illuminated front grille, signifying that this is the luxury car of the future. a production version of near-similar form is expected to hit Infiniti’s showrooms within the next two years. two years is probably a long time, so in the meantime, treat yourself to some awesome images (and a video) of this EV after the break.